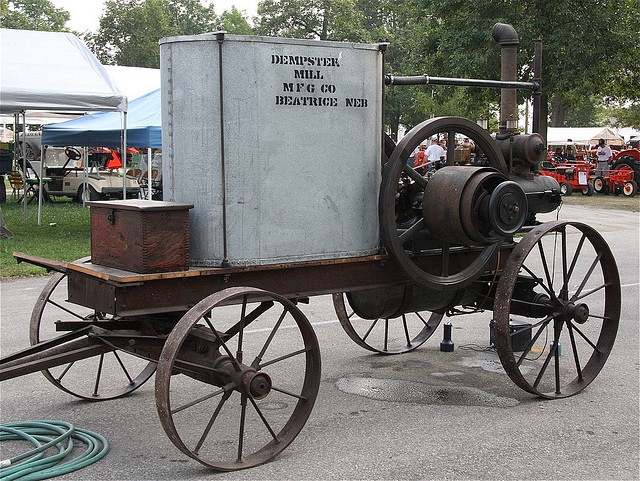 Dempster_Mills_Manufacturing_Case_Study_BPLs  Note the difference in strategy between Buffett and Graham in this type of investment.

As previously discussed, we have read the Preface and Chapter 2, Contrarians at the Gate in Deep Value where we learned about Graham and liquidations and the great mean-reverting mystery of value investment. Klarman’s writings were also read (Margin of Safety) to learn about his approach to liquidation and valuation. Valuation is an imprecise art where value is no one precise number.  Finally, Mr. Market is there to serve us not guide us. Therefore, think of all the pundits, experts, and CNBC commentators we can ignore for the rest of our investing careers.

If readers have questions or comments, do not hesitate to write. I try not to look at my emails but once a week. I neither have a cell phone nor a TV, but time is scarce so I can respond faster (or another student can to your questions) here in the comments section.

Now we transition into reading Chapter 3 of Deep Value, “Warren Buffett: Liquidator to Operator.”  Buffett was Graham’s prized student who forged his own way.   There are about ten books written on Buffett every year. We will now focus on his early career by going through his Complete_Buffett_partnership_letters-1957-70_in Sections

After Dempster, we will study Sanborn Map and then See’s Candies. Put on your thinking caps.   Go the extra mile and find out more about these companies if you have the interest.   Focus on how Buffett estimated the intrinsic value of Dempster Mills AND how he managed the investment over time.   What made up his margin of safety BESIDES the price discount?

Reader Question:   Do I know Toby Carlisle, and do I think his approach works?

Yes, I have had the pleasure of meeting Toby. A nice guy who seems like a Renaissance man similar to Graham but with a darker sense of humor. Toby taught me how to speak Australian English.   You don’t thank your host for a delicious meal by saying, “That was excellent.!”   You say, “What a belly-bust!”   You don’t go out to drink beers, you go out to “rip down a frosty.”  I am indebted for those tips.  I learned during my working days in Cairns, Australia that fly-crawling was the national sport.  If you could choose which fly could crawl the furthest along a wall or ceiling, you were the champ.  The game had a huge element of randomness. I digress…

Since we haven’t finished our course of study on Deep Value Investing, I am no expert to comment upon his approach. But Deep Value investing can work since it does the opposite of a naive strategy. Hard-core contrarian-investing is difficult because buying what has been losing or is obscure, despised, and loathed goes against human nature.  Are you more attracted to go into a full restaurant than one with cobwebs across the window?   So far in our readings, net/nets seem more likely to be small, illiquid securities, so the investing approach may be more suited for individuals with a limited amount of capital who can go anywhere to find bargains.

Even the great Walter Schloss managed small amounts of money using his deep value approach. As his accounts grew, he would return capital to his partners, thus keeping the amounts of money he managed appropriate for the illiquidity of the names he bought and sold.  He would also buy and sell scale down and up, I heard.

Why don’t you call him at his firm, Eyquem Investment Management LLC or visit www.greenbackd.com and find his email address. Ask for his record so far in managing accounts.  What happens when there are only six or seven net/nets–does he concentrate into those?

–Are my instructions clear?

Addendum: Does Intuition Have a Role in Quantitative Investing?