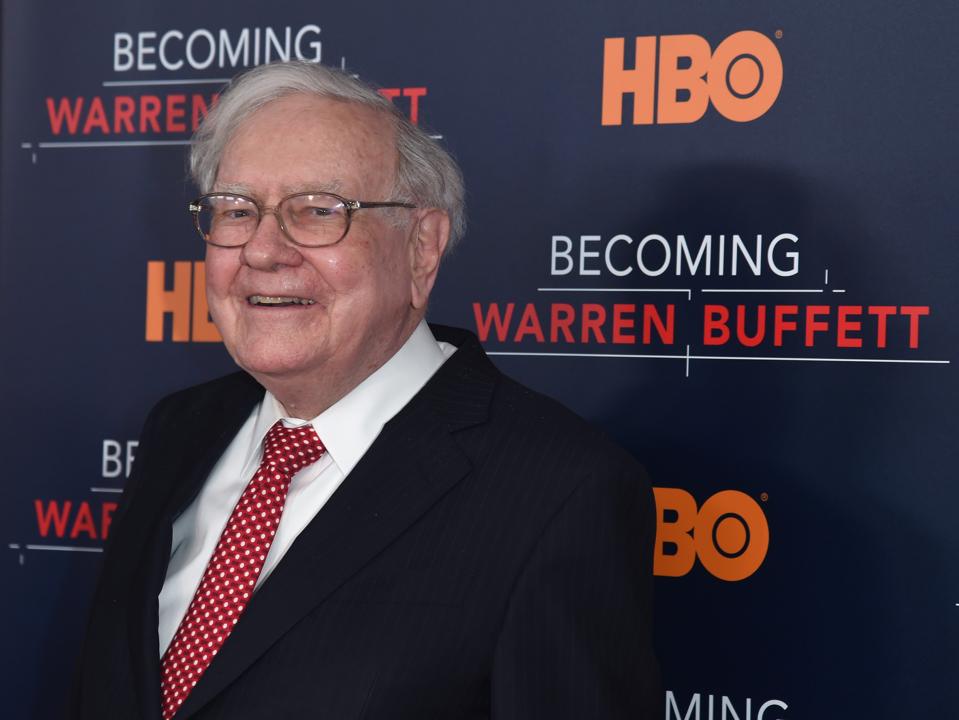 The Fundamentals of Buffett-Style Investing

Learn the investment techniques of Warren Buffett, the world’s most legendary investor. Examine case studies of Buffett’s acquisitions in order to review the real-world principles that the “Oracle of Omaha” uses to pick companies. Topics include both quantitative methods, such as valuation metrics and cash flow analysis, as well as qualitative principles, such as competitive advantage and economic moats. As a final project, partner with a classmate to present a publicly traded company you believe Buffett would buy. At the conclusion, understand what Buffett means by a “great business at a good price.” This course is appropriate for beginners in the industry and for individuals with a broad array of backgrounds. The final session is taught synchronously from the Berkshire Hathaway annual meeting in Omaha.

You’ll Walk Away with

CSInvesting Editor: Let me know if you attend.  Several readers took the class last year and enjoyed it.

I received this email:

You were very kind last year to post a notice about our Buffett investing class on your website.  We had several students from your site, all of whom were excellent and dedicated. According to end-of-semester student surveys, the students enjoyed the class quite a bit. You clearly attract a high caliber of investor to your online community. We would be very grateful if you would consider posting a notice of this year’s class, which starts April 1st.
See below:
New York University’s School of Professional Studies is offering an online class focused on the time-honored techniques of value investing, as practiced by the world’s most legendary investor, Warren Buffett.
By examining case studies of Buffett’s acquisitions, students will explore the real-world principles that Buffett uses to pick companies. The class starts online April 1st and is open to the public for registration.
CONTACT INFO:

If it’s about value investing, I’m interested. I run a global equities fund that invests in the United States, Europe and Asia. As the president and founder of JBGlobal.com LLC, a registered investment advisory firm, I manage separate accounts for high-net-worth individuals and trusts. As a faculty member in the Finance Department of the NYU School of Professional Studies, I teach Corporate Finance and the Fundamentals of Buffett-Style Investing. My book, Lessons from the Lemonade Stand: a Common Sense Primer on Investing, winner of the 2013 Next Generation Indie Award for Best Non-Fiction eBook, is a guide for the first-time investor of any age. I received a B.A. from Harvard University and a J.D. from Harvard Law School. My wife, daughter and I live in Greenwich Village where I find the lessons of value investing as useful with life as with money.

An article from the Instructor on Buffett

The One Word Missing from Buffett’s Annual Letter

As a value investing aficionado and Berkshire shareholder, I anticipate the annual missive from the Oracle of Omaha with bated breath. When it popped online today, I knew enough not to expect much commentary on the economic or the political. A secret to Buffett’s success has been an agnostic view on the too-many moving pieces of the macro scene. By avoiding the human obsession with the short-term and fortune telling, Buffett has always concentrated on the only thing that matters: buying wonderful businesses at fair prices. As Peter Lynch says: “If you spend more than 13 minutes analyzing economic and market forecasts, you’ve wasted 10 minutes.” I myself have found no other investing mantra more important.

But really? No mention of the greatest threat to the democratic process and the rule of law since Nixon–or beyond?

In April of 2016, Buffett went on record saying that Berkshire would do fine even with a Trump presidency. But that was at last year’s meeting–well before the election, and well before anyone thought it was a serious concern. And Buffett made some further post-election comments in December about still buying stocks, but this letter was his first major written opportunity to hold forth.

He even mentions the worthwhile contributions of immigrants but somehow never calls out Trump by name. Perhaps the silence is deafening. Buffett was an ardent supporter of Hillary Clinton in the election and his failure to mention Trump may be the most damning maneuver of all.

Because if there’s one thing I wanted as a Buffett follower, it was a reasoned and sober commentary–refracted through the prism of his extraordinary, eminently sensible brain–on what this erratic, errant president means for our country, our markets and our lives.

This may sound awful coming from a value investor, but I don’t read Berkshire Hathaway’s annual reports cover to cover. I did earlier in my career. In fact, I’d eagerly await its release, just as many investors do today. However, over the years I’ve gravitated more to what makes sense to me and have relied less on the guidance from investment oracles such as Warren Buffett (see post What’s Important to You?).

While I know significantly less about Warren Buffett than most dedicated value investors, it seems to me that he has changed over the years. I suppose this shouldn’t be surprising as we all have our seasons. And maybe I’m the one who has changed, I really don’t know. But I remember a different tone from Buffett almost twenty years ago when stocks were also breaking record highs. It was during the tech bubble when he went out of his way to warn investors of market risk and overvaluation.

I found an old article from BBC News with several Buffett quotes during that period (link). The article discusses Warren Buffett’s response to a Paine Webber-Gallup survey conducted in December 1999. The survey showed that investors expected stocks to rise 19% annually over the next decade. Clearly investors were extrapolating recent returns far into the future. Fortunately, Warren Buffett was there to save the day and help euphoric investors return to their senses.

The article states, “Mr Buffett warned that the outsized returns experienced by technology investors during 1998 and 1999 had dulled them into complacency.”

“After a heady experience of that kind,” he said, “normally sensible people drift into behaviour akin to that of Cinderella at the ball.

“They know that overstaying the festivities…will eventually bring on pumpkins and mice.”

I really like and can relate to the Warren Buffett of nearly twenty years ago. If I could go back in time and show the 1999 Buffett today’s market, I wonder what he would say. I’d ask him if investor psychology and the current market cycle appears much different than the late 90s.

Similar to 1999, have investors experienced outsized returns this cycle? From its lows in 2009, the S&P 500 has increased 270%, or 17.9% annually. This is very close to the annual returns investors were expecting in the 1999 survey, when Buffett was warning investors.

Have investors been dulled into complacency? Volatility remains near record lows, with every small decline being saved by central banks and dip buyers. Investors show little fear of losing money.

Are today’s investors not Cinderella at the ball overstaying the festivities? It’s the second longest and one of the most expensive bull markets in history!

There are of course differences between 1999 and today’s cycle. While valuation measures are elevated, today’s asset inflation is much broader than in 1999. The tech bubble was extremely overvalued, but narrow. A disciplined investor could not only avoid losses in the 1999 bubble, but due to value in other areas of the market, could make money when it burst. Given the broadness of overvaluation in 2017, I don’t believe that will be possible this cycle. In my opinion, it will be much more challenging to navigate through the current cycle’s ultimate conclusion than the 1999 cycle.

The broadness in overvaluation this cycle makes Buffett’s recommendation to buy a broadly diversified index fund even more difficult for me to understand. Furthermore, given the nosebleed valuations of many high quality businesses, I’m not as confident as Buffett in buying and holding quality stocks at current prices. It again reminds me of the late 90s. At that time, there were many high quality companies that were so overvalued it took years and years for their Es catch up to their Ps. But these are important (and long) topics for another day.

Let’s get back to Buffett 1999. I find it interesting to compare him to Buffett 2017. Surprisingly, Buffett 2017 doesn’t seem nearly as concerned about valuations this cycle. Buffett writes, “American business — and consequently a basket of stocks — is virtually certain to be worth far more in the years ahead [emphasis mine]. Innovation, productivity gains, entrepreneurial spirit and an abundance of capital will see to that. Ever-present naysayers may prosper by marketing their gloomy forecasts. But heaven help them if they act on the nonsense they peddle.”

You can include me as a naysayer of current prices and valuations of most risk assets I analyze. Based on the valuations of my opportunity set, I’ll take the advice from another naysayer – the Warren Buffett of 1999. As he recommended, I plan to avoid extrapolating outsized returns and will not ignore signs of investor complacency. I plan to remain committed to my process and discipline. By doing so, when the current market cycle concludes, I hope to achieve two of my favorite Warren Buffett rules of successful investing – avoid losing money and profit from folly.

Course on Buffett-Style Investing from NYU 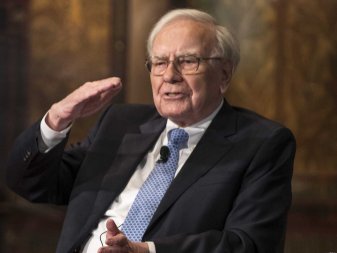 New York University’s School of Professional Studies is offering an online class focused on the time-honored techniques of value investing, as practiced by the world’s most legendary investor, Warren Buffett. We thought you might be interested in knowing more about this class, and perhaps in sharing this information with your readers.

By examining case studies of Buffett’s acquisitions, students will explore the real-world principles that Buffett uses to pick companies. The class starts April 2nd and is open to the public for registration.

John Chew (Editor, csinvesting.org) I am not endorsing this class per se because I don’t know the professor or the details of the course material, but for those of you who seek a more structured learning experience then perhaps this class is for you.  Let me know if you take the class, so I can share your experience with others.  Also, remember that if you use the search box at csinvesting.org, you can find dozens of Buffett case studies for FREE.

Just remember that trying to copy Buffett will NOT work, but applying the Buffett principles of investing to YOUR OWN methodology will help you.   Be the BEST YOU can be not a second-rate copy of another.