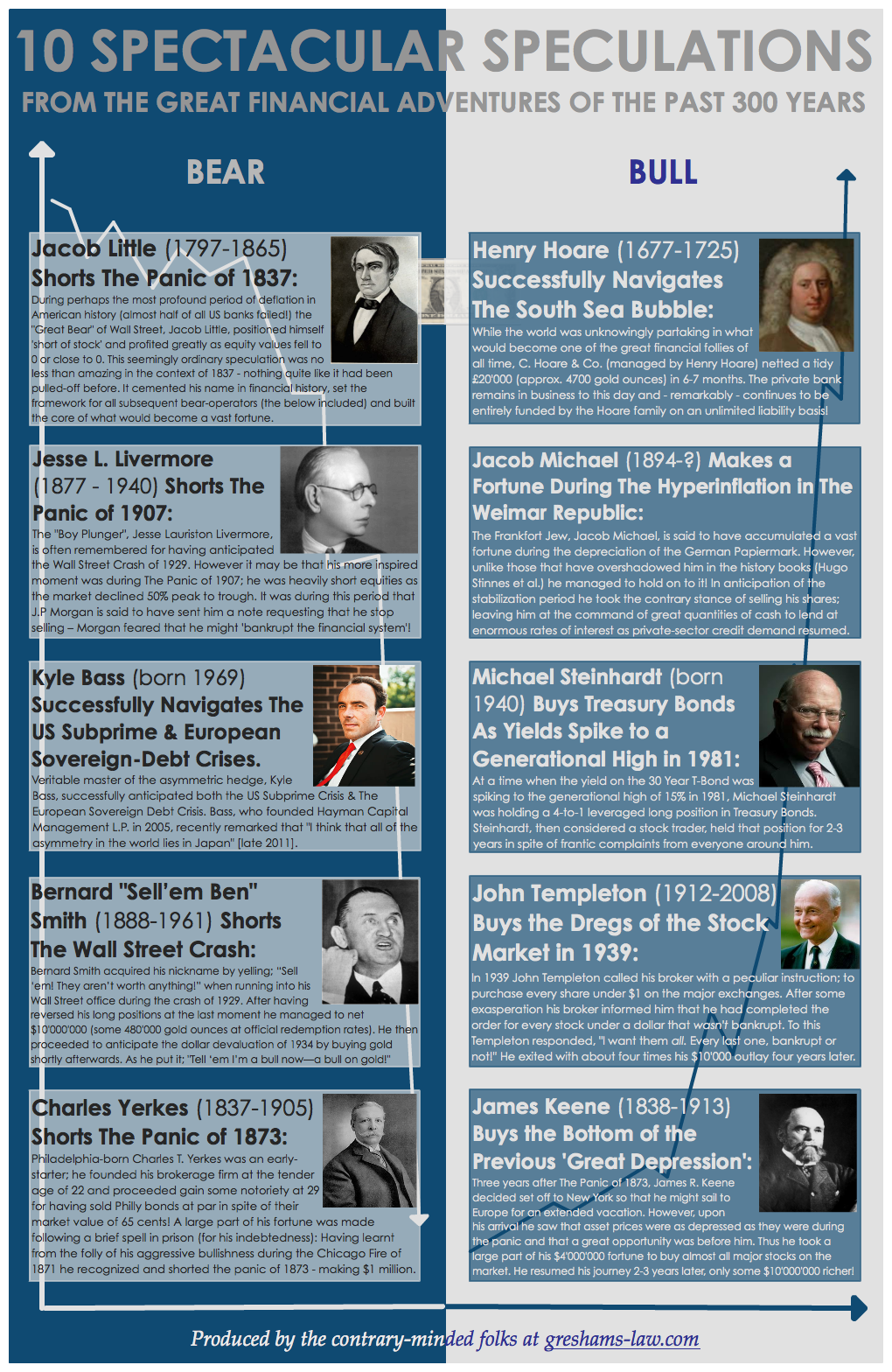 This essay was inspired by a deceptively simple question: At what point will people decide they have had enough? By this, I mean at what point will a plurality of citizens look around them, examine their situation, and come to the realization that the present system is not working to their benefit and indeed, is likely working to their detriment?  Does the frog really sit in the pot while the heat is slowly turned up, content until the moment where it is too late and he cooks to death? Or does the frog in fact realize at some point that heat is on, he is getting extremely uncomfortable, and that he better jump if he wants to live?

Here’s why I wonder about this.

Just six short years ago, the median net worth of middle class US households was $120,000.  Today, it has fallen a whopping 45% to just $66,000 (http://www.nytimes.com/2013/09/19/business/americas-sinking-middle-class.html?_r=0).  The number of working-age Americans stuck in part-time employment has more than doubled during the last six years from four million to nine million, and this number is about to take another major leap upwards as Obamacare mandates incentivize companies to cut previously full-time worker to below 30 hours per week, above which the government now requires companies to provide coverage.

Speaking of Obamacare, its initial impact has been to raise premiums nationwide, amounting to a massive middle class tax-hike, while five and a half million people who used to have health coverage have now lost it.  When the employer mandates really kick in next year, some estimate that based on numbers provided by the Department of Health and Human Services, between 50 to 90 million additional Americans may lose their current coverage (http://hotair.com/archives/2013/10/31/did-hhs-estimate-that-93-million-americans-will-lose-their-insurance/).  Hope and change!

So play along with me here.  Pretend you are an average Joe.  Joe has just seen his net worth nearly halved in the last six years.  He just lost the health insurance that his employer used to provide, and because Joe has a spouse and kids he is suddenly looking at an additional 15% of his yearly salary to cover health insurance.  Joe didn’t expect or plan for this.  He starts doing the math and realizes that he already pays 1/3rd of what he earns in State, Federal, and various local taxes.  Now Joe suddenly has all these additional health care costs, real inflation is making everyday items like gas and clothing more expensive, and at this point, he doesn’t honestly know how he is going to pay the bills… assuming Joe is able to keep his job. In the past, Joe managed to set aside about five grand per year because he foregoes expensive vacations and always buys used cars, yet he has seen the real purchasing power of the money he set aside ten years ago decline by 30% over that time…  $1,500 of every $5,000 he managed to save has been confiscated via inflation and lower purchasing power.

But the futility of saving doesn’t really matter much to him right now, because not only is he not going to be able to save anything this year, he may have to start cannibalizing what savings he does have.  Joe starts to get scared because he just doesn’t know how he is going to make this work. He hasn’t done anything wrong, he is working harder than ever, yet he is drowning.

So how about it, Joe?  Still think the system works to your net benefit? Just how long are you going to keep taking this? How much more CAN you take?

bully gets slammed by fat kid

Joe may indeed be pissed.  He might be mad as hell and isn’t particularly inclined to take it anymore. But here’s the problem: chances are that Joe doesn’t even know who he should be mad at for this.  Depending on his previous voting history, he might blame one party or the other but he needs to understand that neither party is going to fix this thing under the present system.  He might want to blame general groups like “welfare queens” or “greedy corporations” but he needs to understand that ultimately they both feed from the same trough- him and his labor, through the inherent wealth confiscation of fiat creation over time.

Joe probably doesn’t quite understand the symbiosis between the Federal Reserve, big banks, and big government.  He knows he is being screwed by the system in some way, but he doesn’t really comprehend that it is fiat money creation that is both causing his current difficulties AND is strengthening and enabling the Leviathan powers beyond his control to screw him at every turn.  He doesn’t yet get it… but for the first time in his life, he might be ready to hear a few things and not dismiss them out of hand.

Maybe, if you see him this Christmas, you can gently direct Joe to Mike Maloney’s series on money http://hiddensecretsofmoney.com/. Maybe you can buy him a copy of The Creature from Jekyll Island.  Maybe you can just quietly talk about why these things are happening and how sound money acts as a check on both corporate AND governmental power, each of which is accrued at his expense. Who knows, maybe you can even sneak the word Liberty into the conversation.

Small things like this might just have a bigger impact than you can imagine. In his bestselling book The Tipping Point, author Malcolm Gladwell notes that social changes often take place with surprising ferocity, when an invisible but crucial point is reached that destabilizes the current paradigm.  Everyone takes the status quo for granted… right up until the moment that a critical mass of people (nowhere near a majority, just a sizeable percentage) shift their behavior.  Then a tipping point is reached and everything changes.

Gladwell notes three major factors that precipitate such tipping points.  First, he describes the “Stickiness Factor”, referring to the power of a simple slogan or idea that distills the movement into a memorable and instantly comprehensible core.  Additionally, he ascribes great importance to “The Power of Context”, outlining how such sweeping changes can take place only in an atmosphere fertile for change where people are receptive to new ideas or practices.

Finally and most crucially, he notes “The Power of the Few”.  It doesn’t take many to precipitate a tipping point, but those involved have special skills that Gladwell breaks into three categories. Connectors are people who thrive on social information and interpersonal relations, and they have a unique capacity for making connections between large numbers of people with complementary skills. Connectors function as the social equivalent of a computer hub- they always know a guy who knows a guy, and are great at putting people together.  Salesmen have the special knack for communicating a message and getting people to go along with them.  Charismatic and persuasive, they are powerful negotiators and have an indefinable knack for influencing people to agree with them.  Finally, Mavens are amazing repositories of information and knowledge.  They possess a deep understanding of issues and facts, and are exceptionally skilled at solving problems.

Here’s the deal: If the Great Keynesian Experiment really is in its death throes, if seventy years of malinvestment and easy money really are coming home to roost in a decrepit and dying system, then something is going to have to take its place.  Maybe the motto “Prepare Accordingly” might not just be solely applicable to gold and silver investing. Maybe we should be out there trying to plant some memes and prepare some intellectual battle space.  Maybe we should do our best to talk to a few folks, if we have the opportunity.  Maybe they’re ready to listen.

What do you think? Does anyone question why the economy is weakening (mortgage applications plummeting, anemic sub 1% real growth, etc.) while the stock market makes new highs (for now…). What might be the tipping point. Will the fiat currency system be replaced and by what?  How much do you think Joe can take?

To steal ideas from one person is plagiarism; to steal from many is research.–Steven Wright

Is the company over-leveraged?

Our goal is to have you practice skimming through the 10-K to find the critical information for making a particular judgment. There is no clear black or white answer since most investing requires judgment honed by practice and experience.

When determining the appropriate leverage, we have to understand the terms and conditions of the debt as well as the quality/cash flows of the assets being financed by that debt. Segment the different types of financing to gain a clearer understanding of the business and credit risks.

This wasn’t the best example, but the more you practice reading a 10-K the faster you will be able to organize your time.