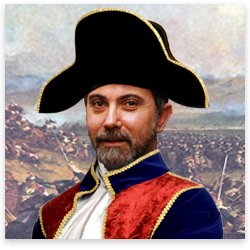 Thanks PB for the heads up.

If you had any waivers about Keynesian (establishment/conventional) economics vs. the Austrian perspective then view the video in the link below.

Professor Pedro Schwartz uses facts, theory and irrefutable cause and effect evidence to destroy Krugman’s advice to get out of crisis.  The introductions are in Spanish but the debate is in English.  I do believe Krugman is ignorant about time in the structure of production, thus he esposes an endless injection of stimulus to increase aggregate demand.

I remember driving through a subdivision in 2010 twnety-five miless outside of Las Vegas wondering who would build four hundred homes for nobody? Tumbleweeds and rattlesnakes…..Had a neutron bomb struck the development? Try stimulating that.

Krugman Destroyed In Debate By Jeff Harding, on July 9th, 2012

This comes from Luis Martin of TrugmanFactor, a blog located in Spain that translates and publishes Daily Capitalist articles. You can skip the intro in Spanish and get to Krugman’s lecture (0:09:19). But the real stuff starts at 0:35:25 where Professor Pedro Schwartz responds to Krugman’s comments in excellent English. Professor Schwartz is a distinguished and well known Austrian theory economist. And in Luis’s words, “completely destroys Krugman.” In fact Schwartz tweeted later that Krugman refused to shake his hand afterward. Enjoy. 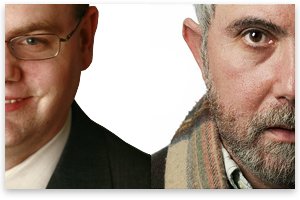 PS: a reader apologized for disagreeing with me. Don’t. I like disagreements or hearing another point of view or discovering that I am just plain wrong. As a fallible human, I hope to always be aware of my fallibility. We are all trying to learn.