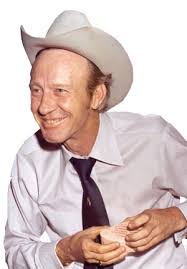 Slim tells the story, “I told Riggs I would play him in Ping Pong straight up with one stipulation: that I got to choose the paddles.

“We both use the same paddle?” Bobby asked.

“So when you show up with two of the same paddles,
can I get my choice of which one of them?”

“Yessir, so long as I can bring the paddles.”

Bobby thought I was pulling a schoolboy’s scam—that it was a weight thing or that one of the paddles was hollow or something. But once I told him that he could choose whichever of the two paddles he wanted to use, he couldn’t post his money fast enough.

We bet $10,000 and agreed to play at two o’clock the next day. Before I left, just to avoid any misunderstanding, I confirmed the bet: We were to play a game of Ping Pong to twenty-one, each using the paddles of my choosing.

I showed up the next day at the Bel Air Country Club ready to wage battle. When Bobby asked to see the paddles, I reached into my satchel and handed him two skillets, the exact same weight and size, and told him he could use either one. Now, Bobby was about as coordinated an athlete that ever lived, but he was swinging that skillet like a fry cook on speed. It wasn’t until I had him buried that he started to get the hand of that skillet, but it wasn’t soon enough. I won the game 21-8, and it could have been much worse.

Once again I proved that you can make a living beating a champion just by using your head instead of your ass. The easiest person in the world to hustle is a hustler, and Bobby had taken the bait like a country hog after town slop. You see, I had been practicing with that skillet since I saw him in Houston, and after I collected the money, I shook Bobby’s hand and we both had a good laugh.

Naturally, word spread like wildfire about old Slim fleecing Bobby Riggs, and seven or eight months after it happened, I was in Knoxville, Tennessee, at an American Legion club, to play some poker. There were quite a few wise guys there, including a man named Lefty, who said to me, “Slim that was a pretty good thing you did, playing Ping-Pong with Riggs.” Then Lefty said to me, “I’ve got a buddy that can beat you at Ping-Pong.”

“You haven’t got a buddy who can beat me if I choose the paddles,” I said.

I knew I had to find a way to relieve old Lefty of his money.
I left for Amarillo the next day, wondering how in the hell I was going to find a way to beat Lefty’s pal at Ping-Pong. A few days later, I was drinking Coke from a glass bottle in between games of a friendly pick-up game of Ping-Pong.  For fun, I reached down with the bottle and hit the Ping-Pong ball and it went plumb over the net.

I tried to do that again but I couldn’t. You see, there is an area of only about a sixteenth of an inch on a bottle that will make the ball go over the net. So I practiced and practiced until I could hit the ball over the net every time, and right then I knew that Coke bottle was going to make me a boatload of money.

My only problem was that I couldn’t just show up in Tennessee looking for Lefty—that would have awoken the dead—so I had to find me a reason to go back to Tennessee. I waited a few months for the next big poker game up there, and when I showed up, Lefty didn’t waste any time approaching me. “I guess you’ve been practicing your Ping-Pong back in Amarillo,” he said.

You said it, Lefty. I’ve been playing Ping-Pong all day, every day, for thirty hours a day.”

“That right? My friend will be here in two days.”’

Well, I’m gonna do a little bit of fishing as soon as I bust these poker players.  If he wants to play me some, let me choose the paddles and he is got him a game.”

“What if he is a good player?”

“I don’t give a damn if he is a good player or an aviator. If I get to choose the paddles, we will play.”

So I went fishing for a couple of days, and when I came back, boy, they didn’t disappoint me with their ringer. Wouldn’t you know it, but they had gotten themselves the world-champion table-tennis player from Taiwan, and he was there waiting for me, licking his chops like a dog at a luau.

“No,” I said, savoring the moment. “Let’s post our money and play thirty days from now. I need to practice a little, now that I see you got yourself a real-life
Ping-Pong champion.”

While I can play a fair game of Ping-Pong with a skillet, I am not interested in speculating, nor am I interested in making a small score. You see, friend, when I make a wager, the bet has already been won. And if I’m gonna win, I sure as hell want to break somebody doing it.

Even though Lefty and the rest of them wise guys had suitcases full of money, I knew that if I stalled, word would spread that old Slim was going to receive his
comeuppance—and Lefty would have the rest of his rich buddies there to get a
piece of me, too. So we agreed to hold the match in thirty days—and then we’d
play for real money. Not only did I want to give Lefty an opportunity to tell all his associates, but I also wanted to give that champion even more time to practice with his skillet.

I made sure we agreed that we were to play a game of Ping-Pong to twenty-one, each using the paddles of my choosing.

About a month later, just a day before the match, I got a call from one of my associates saying that the champ was practicing with the biggest frying pan this side of Texas. That wasn’t news to me—I knew that was their intention all along-but I suppose they underestimated this here country cowboy.

The next day I arrived in Tennessee I bet with everybody who wanted to bet against me at even money, and when I couldn’t get any more action, I bet everything else I had laying 6 to 5, which meant that if I lost, I’d pay them suckers $6 for every $5 they bet me.  Now it was time to play, and everyone was standing around waiting for me to pull out those skillets. They figured I was just stalling when I went over to a vending machine, put in a dime, and bought a bottle of Coca-Cola. Then I put in another dime and bought another one. I opened both bottles and walked over to a wastebasket and dumped the Coke right out.

Lefty and the rest of the crowd were getting impatient, but I didn’t say a word. I simply walked over to the Ping-Pong table with the Coke bottle and I said to that
champion, “It’s your choice of paddle, son. Which one will it be?”

“Yeah, these here Coke bottle are our paddles. Have your pick.” Well, that boy looked like he couldn’t swallow boiled okra!

Once he grabbed one of the bottle, I said, “I’ll even give you the choice—do you want  to serve or return serve first?”

This champion glanced over at Lefty, who didn’t look so good himself. “Well, goddamn, “Lefty said, “take the serve.”

On his first round of serves, he never even hit the ball over the net. Not one shot. So it was love-5 when he threw me the ball. When I served it over—I’ll give that boy credit, he did hit it every time, but it would go either straight up in the air
or right into the net. He never did return one of my serves.

I’d rather not say how much I had on the match, because it caused a severe audit when word got around. But suffice it to say that no one—not even a world champion—ever challenged me to a game of Ping-Pong again.

I like to bet on anything—as long as the odds are in my favor.
….I also learned that there are people who love action and others who love money. The first group is called suckers, and the second is called professional
gamblers, and it was a cinch which one I wanted to be.

Rather than try to take advantage of the ignorance of a sucker for a few dollars, I take aim at the ego of a millionaire and try to win me a few thousand. If there is one fatal flaw, the Achilles’ hell of every
gamble, it is hubris.  No gambler ever wants to lose face, and I have used that psychological edge to my advantage. All I have to do is play to a wealthy man’s ego, and not only can I get him to gamble, but I can get him to gamble with me for life

This entry was posted in Humor & Entertainment, YOU and tagged Amarillo Slim, Proposition Bets. Bookmark the permalink.