The Need to Diversify; Regression to the Mean (Bonds) 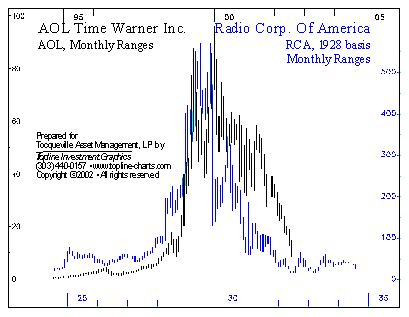 Just as another warning, beware of companies and industries that are going to change the world.  They may well do so, but that is no guarantee that they will make money for investors.  In December 1999 I wrote a paper making a fairly compelling parallel between radio in the 1920s and the Internet in the 1990s (“AOL, RCA, and the Shape of History”). Nearly three years later, I was able to publish the following chart, which superimposes the stock prices of RCA and AOL during their booms and busts.  Net-net no money was made in the market, though radio and the Internet did indeed change the world.

The Big Tranisition: A Letter to an Entrepreneur Friend | Tocqueville

Regression to the Mean 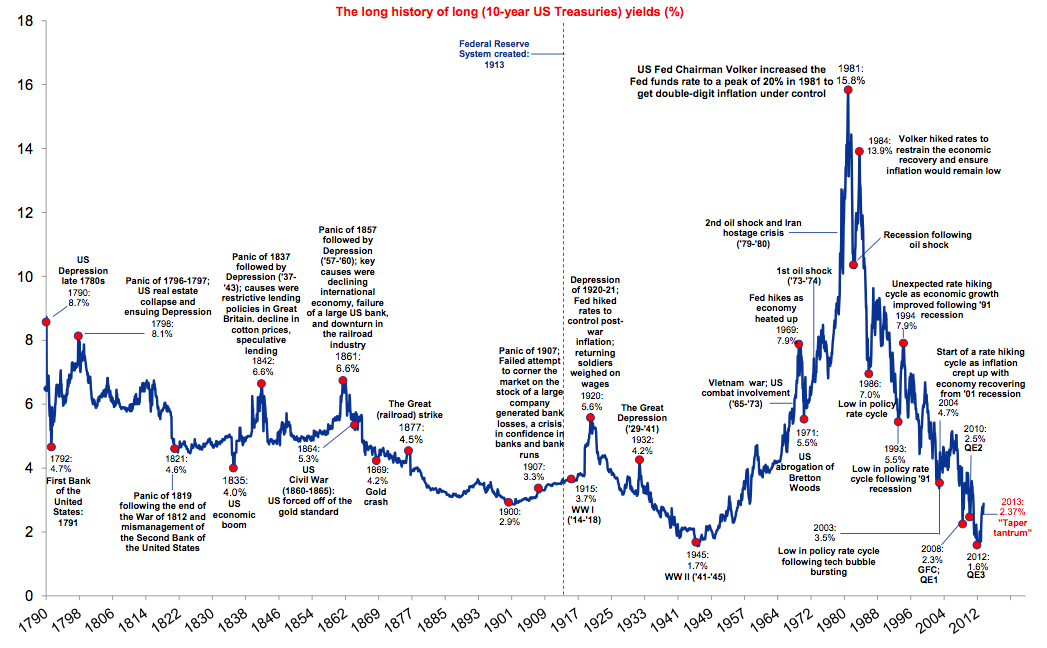 Long-term bonds probably should offer a 6% to 6.5% coupon if history is any guide.

This entry was posted in Risk Management and tagged Risk, Tocqueville. Bookmark the permalink.