Time to Index? Got Gold? 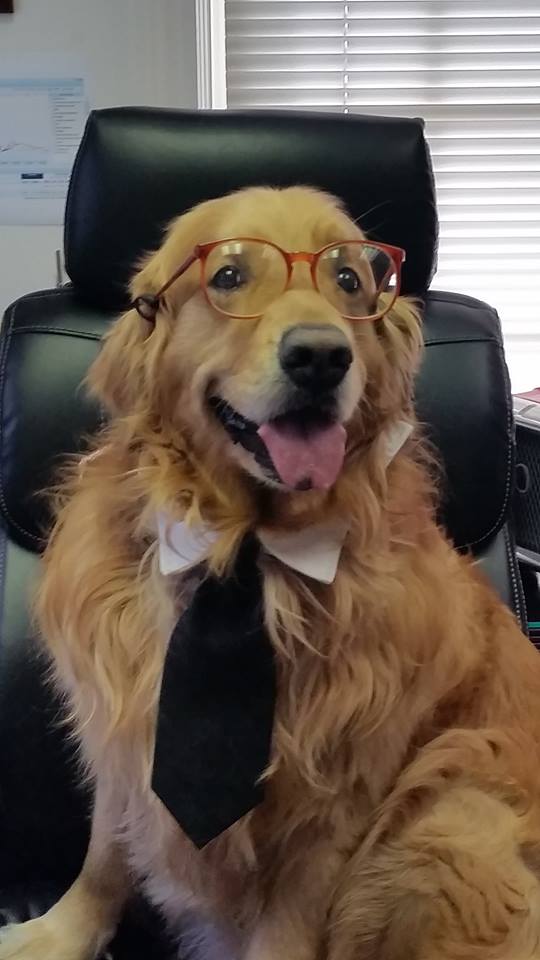 A portfolio manager who will manage the Dogs of the Dow Portfolio.

Most institutional and individual investors will find the best way to own common stock is through an index fund that charges minimal fees. Those following this path are sure to beat the net results after fees and expenses delivered by the great majority of investment professionals. –Warren Buffett.

A minuscule 4% of funds produce market-beating after-tax results with a scant 0.6% annual margin of gain. The 96% of funds that fail to meet or beat the Vanguard 500 index Fund lose by a wealth-destroying margin of 4% per annum.  “Unless an investor has access to incredibly highly qualified professionals, they should be 100 percent indexed. That includes almost all investors and most institutional investors. –David Swensen, chief investment officer, Yale University.

“In modern markets, most institutions and almost all individuals will experience better results with index funds.” –Benjamin Graham.

I am reading, The Index Revolution: Why Investors Should Join It Now by Charles D. Ellis

The author presents a compelling case why most individuals should index:

Articles proliferate such as: https://www.fool.com/investing/general/2016/04/05/the-numbers-are-in-actively-managed-mutual-funds-a.aspx and research for the past few decades has shown that Index Funds Outperform.

Now lets journey into the real world: https://www.mackenzieinvestments.com/en/prices-performance.  I picked this fund family at random. Look at each of their funds’ long-term performance compared to their comparable benchmarks.   Not ONE outperforms. Not one.   Who in their right mind would invest?    As money managers become desperate to beat the index, they tend to mimic their benchmarks, so their amount of underperformance closes towards the index, but GUARANTEES underperformance due to fees and slippage of commissions and taxes.

Time to pack it in and index?   First, do not underestimate how difficult it is to “outsmart” the market.   I personally believe that the ONLY way–obviously–to do better is to be very different from the indexes.   You will either vastly UNDER-perform or OUTperform.  You have to be different and right.  So how to be right?  You must do things differently like use all available information in the financials (read footnotes and balance sheet), have a longer-term perspective such as five to seven years–at a minimum–three years to give reversion to the mean a chance to work or time for franchises to compound.   You have to pick your spots where you are confident that you are buying from mistaken, uneconomic sellers.   And when you do find a great opportunity (assuming that you can distinguish one) you heavily weight your position.  NOT EASY.

Most hedge funds have found themselves on the losing side of trades over the past several years, a point Mr. Klarman addressed in his letter (2016). Noting that hedge fund returns have underperformed the indexes — he mentioned that hedge funds had returned only 23 percent from 2010 to 2015, compared with 108 percent for the Standard & Poor’s index — he blamed the influx of money into the industry.

“With any asset class, when substantial new money flows in, the returns go down,” Mr. Klarman wrote. “No surprise, then, that as money poured into hedge funds, overall returns have soured.”

He continued, “To many, hedge funds have come to seem like a failed product.”

The lousy performance among hedge funds and the potential for them to go out of business or consolidate, he suggests, may become an opportunity.

Perhaps the most distinctive point he makes — at least that finance geeks will appreciate — is what he says is the irony that investors now “have gotten excited about market-hugging index funds and exchange traded funds (E.T.F.s) that mimic various market or sector indices.”

He says he sees big trouble ahead in this area — or at least the potential for investors in individual stocks to profit.

“One of the perverse effects of increased indexing and E.T.F. activity is that it will tend to ‘lock in’ today’s relative valuations between securities,” Mr. Klarman wrote.

“When money flows into an index fund or index-related E.T.F., the manager generally buys into the securities in an index in proportion to their current market capitalization (often to the capitalization of only their public float, which interestingly adds a layer of distortion, disfavoring companies with large insider, strategic, or state ownership),” he wrote. “Thus today’s high-multiple companies are likely to also be tomorrow’s, regardless of merit, with less capital in the hands of active managers to potentially correct any mispricings.”

To Mr. Klarman, “stocks outside the indices may be cast adrift, no longer attached to the valuation grid but increasingly off of it.”

“This should give long-term value investors a distinct advantage,” he wrote. “The inherent irony of the efficient market theory is that the more people believe in it and correspondingly shun active management, the more inefficient the market is likely to become.”

What do YOU think?