The History of Trading in the Pits; Much More

The successful investor is a master of paradox. He expects the unexpected, distrusts the experts and loves what the majority hates. He believes that, in markets as in heaven, the first shall be last and the last shall be first.

There’s fool’s gold–pyrite–and then there’s fools’ gold owned by idiots who will trade it for worthless dollars.

Thinking properly about “cash sitting on the sidelines.” Or how to think properly. http://www.acting-man.com/?p=28594

Rick Rule on Gold Miners and Gold (Of course, when you ask a barber if you need a haircut…..But, he has a lot of experience in these markets.  Survival is proof enough of competence in the miners!

Rick Rule: We’ve said on your interviews, ‘You’ve suffered through the pain, why not hang around for the gain?’  I think we’re in the beginning of the gain session.  Your readers and listeners, at least those who are new to the sector, need to understand that we are in a rising channel, but we are in a rising channel that is going to have higher highs and higher lows….

We’re tempted to say that the bottom was reached and the recovery in the junior shares began in July of last year.  Certainly, November, December, and January have seen pretty good rises — 40% share price escalations have not been uncommon.

It is not uncommon for well-constructed portfolios in a precious metals market recovery to experience five-fold or ten-fold gains.  So for those people who went through the downturn and are now beginning to experience the upturn, firstly, congratulations.  And second, keep your seatbelt on.  It’s going to be very volatile but I think we are higher, probably substantially higher from here.”

Eric King:  “William Kaye, the outspoken hedge fund manager from Hong Kong, was telling King World News that demand (for gold) out of China is just ‘insatiable.’  Your thoughts on the physical demand we’ve seen around the globe — it’s been quite stunning.”

Rule:  “He would know better than I with regard to Hong Kong demand, but certainly we’ve seen very strong physical demand from around the world.  A lot of the physical demand has taken place right here in the United States.

What’s interesting about his (Kaye’s) statement is the dichotomy between the private physical markets and the long-term markets.  I can’t help going back to an announcement about 12 months ago, when the Germans wanted to repatriate their 1,500 tons of gold, and they were told by the US government that it would take seven years (to get back only 300 tons of gold) that was theirs.

At the same time, over 30 days, in the physical market, Chinese retail buyers bought and took delivery of 1,120 tons of gold.  One of the things that this points out is the very, very odd dichotomy between central bank and multilateral institutional holdings of gold, and the paper gold market on one side, and the honesty of the physical market on the other side.

My suspicion is that the physical market is prevailing and will continue to prevail over the paper market.  And the subtext of this is that the documented large (gold) short positions that exist in the paper market may get their long awaited religious experience as they are unable to deliver against futures obligations.”

Seth Klarman on investing vs speculating:

Mark Twain said that there are two times in a man’s life when he should not speculate: when he can’t afford it and when he can. Because this is so, understanding the difference between investment and speculation is the first step in achieving investment success.

To investors stocks represent fractional ownership of underlying businesses and bonds are loans to those businesses. Investors make buy and sell decisions on the basis of the current prices of securities compared with the perceived values of those securities. They transact when they think they know something that others don’t know, don’t care about, or prefer to ignore. They buy securities that appear to offer attractive return for the risk incurred and sell when the return no longer justifies the risk.

Speculators, by contrast, buy and sell securities based on whether they believe those securities will next rise or fall in price. Their judgment regarding future price movements is based, not on fundamentals, but on a prediction of the behavior of others. They regard securities as pieces of paper to be swapped back and forth and are generally ignorant of or indifferent to investment fundamentals. They buy securities because they “act” well and sell when they don’t. Indeed, even if it were certain that the world would end tomorrow, it is likely that some speculators would continue to trade securities based on what they thought the market would do today.

Speculators are obsessed with predicting – guessing – the direction of stock prices. Every morning on cable television, every afternoon on the stock market report, every weekend in Barron’s, every week in dozens of market newsletters, and whenever businesspeople get together, there is rampant conjecture on where the market is heading. Many speculators attempt to predict the market direction by using technical analysis – past stock price fluctuations – as a guide. Technical analysis is based on the presumption that past share price meanderings, rather than underlying business value, hold the key to future stock prices. In reality, no one knows what the market will do; trying to predict it is a waste of time, and investing based upon that prediction is a speculative undertaking.

Market participants do not wear badges that identify them as investors or speculators. It is sometimes difficult to tell the two apart without studying their behavior at length. Examining what they own is not a giveaway, for any security can be owned by investors, speculators, or both. Indeed, many “investment professionals” actually perform as speculators much of the time because of the way they define their mission, pursuing short-term trading profits from predictions of market fluctuations rather than long-term investment profits based on business fundamentals. As we shall see, investors have a reasonable chance of achieving long-term investment success; speculators, by contrast, are likely to lose money over time. www.shortsideoflong.com

A Beginner’s Guide to Irrational Behavior

The course will cover:

Another CASE STUDY on Accounting; Free Course on Behavioral Finance 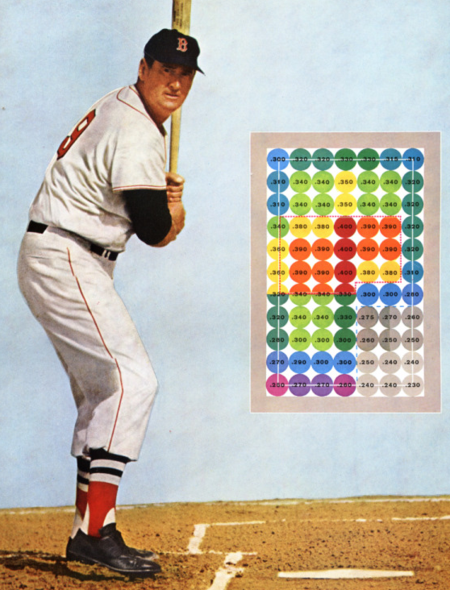 Don’t Invest until you see the money lying there on the floor–Jim Rogers, Investor.

In his book The Science of Hitting, Ted explains that he carved the strike zone into 77 cells, each the size of a baseball. Swinging only at balls in his “best” cell, he knew, would allow him to bat .400; reaching for balls in his “worst” spot, the low outside corner of the strike zone, would reduce him to .230. In other words, waiting for the fat pitch would mean a trip to the Hall of Fame; swinging indiscriminately would mean a ticket to the minors.

If they are in the strike zone at all, the business “pitches” we now see are just catching the lower outside corner. If we swing, we will be locked into low returns. But if we let all of today’s balls go by, therecan be no assurance that the next ones we see will be more to our liking. Perhaps the attractive prices of the past were the aberrations, not the full prices of today. Unlike Ted, we can’t be called out if we resist three pitches that are barely in the strike zone; nevertheless,just standing there, day after day, with my bat on my shoulder is not my idea of fun.

When the above was written, the party that ultimately led to the tech bubble era valuations* had already begun in the equity markets.

Our last case on earnings quality was National Electric found by going into the case study value vault found in the blog post in the following link: http://wp.me/p2OaYY-1ub    I promised to provide an answer. Before submitting my write-up on that case, perhaps the following case would be a good supplement to learn more about uncovering earnings quality.  This case should be pretty obvious. Don’t cheat! Just use the material provided in the link below and answer the three questions in the HBS Case Study.

If you get stuck, here is a hint: (don’t look until you have tried to solve the case on your own! http://youtu.be/l-O5IHVhWj0   With practice, certain figures and phrases in the notes to the financials should SCREAM OUT at you.  Whatever happened to the CFO?

A Christmas Vault with goodies for all will be posted if someone posts their solution.

I have signed up!

Behavioral economics and the closely related field of behavioral finance couple scientific research on the psychology of decision making with economic theory to better understand what motivates investors, employees, and consumers. This course will be based heavily on my own research. We will examine topics such as how emotion rather than cognition determines economic decisions, “irrational” patterns of thinking about money and investments, how expectations shape perceptions, economic and psychological analyses of dishonesty by presumably honest people, and how social and financial incentives combine to motivate labor by everyday workers and CEOs alike. This highly interdisciplinary course will be relevant to students with interests in General Management, Behavioral Finance, Entrepreneurship, Social Entrepreneurship, and Marketing.

This class has two main goals:

Dan Ariely is the James B. Duke Professor of Psychology and Behavioral Economics at Duke University, with appointments in the Fuqua School of Business, the Center for Cognitive Neuroscience, and the department of Economics. As one of the foremost leaders in psychology and behavioral economics, Dr. Ariely has published his research in top economic, medical and psychology journals and is the author of Predictably Irrational (2008), The Upside of Irrationality (2010), and The (Honest) Truth About Dishonesty (2012), three bestselling general audience books about research in behavioral economics. In addition, he is the founding member of The Center For Advanced Hindsight.  More information about Dan can be found at:  www.danariely.com

The Difference Between Mainstream Economics and Austrian Economics

The 2012 Holiday Book Survey has been tallied and the results can be found here. I want to thank everyone who participated in the survey.

The biography & memoir genre continues to lead the survey (Steve Jobs – Walter Isaacson & new comer The Passage of Power – Robert Caro) with social science still having a strong showing (The Signal and the Noise – Nate Silver & Thinking, Fast and Slow – Daniel Kahneman). Atlas Shrugged continues to breach the top 5 although falling from its #2 spot in the last two years to #5. Overall, biography & memoir and business & finance showed the strongest growth.

I hope you enjoy this years’ book list and find something of interest to read or gift. If you have any suggestions on how to improve on the survey, please let me know.

All the best and happy holidays.