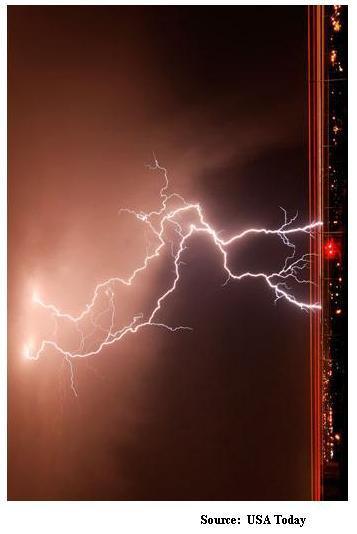 Note the Head & Shoulder Pattern Above and the negative divergence.

A Reader Asks: I was wondering, you seem to use a little bit of technical analysis in your work, like in the annual letter you recently sent out.  I’m a buy-at-a-cheap-price purist at this point, and I don’t pay much attention to price/volume movement.  However, maybe I should.  I’d love to persuaded as to why learning about technical analysis is worth the effort.  That is, of course, if you think it is.

Would you mind briefly explaining the basics of it, or maybe just making a brief book or article recommendation for it in one of your posts?  I’d really like to hear about your experience with it.

My Reply:  Warren Buffett explained, “I realized that technical analysis (“TA”) didn’t work when I turned the chart upside down and didn’t get a different answer.”After eight years of trying, he concluded that it was the wrong way to invest. Then he focused on the teachings of Ben Graham, which stressed business fundamentals, finding a strategy that both made sense and, more importantly, worked.  See more:  http://www.fool.com/investing/value/avoid-the-mistake-that-cost-buffett-8-years-of-bet.aspx

Be skeptical about TA: http://www.stockopedia.com/content/technical-analysis-5-reasons-to-be-sceptical-about-charting-63806/
I don’t believe technical analysis has any predictive value or if it does, the rules are so fuzzy that nailing Jello to the wall would be easier than determining the efficacy of TA.  All a chart tells you is the price and volume history of a company’s stock.  What has happened in the PAST.  The chart may provide confirmation of your theory of who is on the OTHER SIDE OF THE TRADE from you if COMBINED with strong company specific fundamental knowledge plus industry knowledge.  Knowing if there are smart people or “dumb/emotional” investors on your side of the trade may be helpful ON THE MARGIN.

Why are there no rich technicians?

And if someone did actually HAVE A SECRET why would they reveal themselves?  Those that know, don’t say and those who don’t know  have the floor to themselves, like CNBC. Most technicians wiffle, waffle and sound like this:
http://www.kereport.com/2014/02/06/interesting-idea-gary-savage/ .  Nothing factual or evidence-based here.  “Well I think this or if that does this then this does that!  Gimme a break!  Be warned! If you listen more than four minutes of the podcast, your brain will turn to slush.

Trade the trader:http://youtu.be/GNEF1Iszy6c   Actually, seems more in line with my thinking, “Who is on the other side of the trade from you?”

I use charts to describe price history and my hypothesis about buyers and sellers. Let’s take a recent example where I sold out of the money puts ($18) and bot ($15 puts) for a bullish put spread on NEM. I am certainly not recommending NEM because there are “better” companies in terms of returns out there in the mining sector like Agnico (AEM), Royal Gold (RGLD), Detour, Kirkland, etc. but the sizing and diversity of your portfolio is critical. These companies are BURNING MATCHES!  You gotta sell when the birds chirp. See NEM NEM_VL

Note the 75% decline–one of the worst for the major gold producers and back to twelve-year lows.  Horrific! A lot of carnage, but there has been a change in management, a focus on slimming down and improving operations.  NEM made the fateful mistake of growing for growth’s sake five years ago.

Nem is a major component of GDX. Note the recent large (5%) under-performance. NEM announced earnings on the 31st and the stock lost about 10% of its value in one day. Volume traded at almost four (4x) times normal. Who sold; who bought?   Track here: http://whalewisdom.com/stock/nem

If you note the large percentage of portfolio holders, you are seeing deep value investors move in (Van de Berg of www.Centman.com or Century Management, Inc.) while closet indexers are probably selling after news that should not have been unexpected for anyone following this company.

The point is that the huge volume of 4xs normal AFTER a 70% drop over the past two years to a price at or below its hard asset value (assuming gold doesn’t go below $900/$1,000 over the next twelve months) tells me that “WEAK” hands are giving up to more committed, longer-term holders (deep value).  If gold goes below $1,200, you will see mine shut-ins.  Fundamentally, the news seems absurdly overdiscounted–a showdown with the Indonesian government over a new smelting law  http://finance.yahoo.com/news/indonesia-miners-must-pay-smelter-103242512.html.

While the company does have hefty debt–a problem, no doubt, if gold declines another 20%–but the debt’s repayment schedule is not front-end loaded. There is time on NEM’s side. That said, this is a lumbering giant with limited upside compared to other companies in the mining sector (IMHO).

I structured this as a defined risk with little capital tied up. It is more of a cheap asset coupled with taking advantage of the market’s emotional over-reaction. I also had the benefit of HIGH volatility that day. When volatility spikes it seems as if traders think NEM will go down 5% to 10% a day. Actually, after a 10% drop, the market figures an equal probability of the price of NEM to go up or down, but I don’t think each day is independent of the prior day. Market’s DO DISCOUNT–overly in this case.

So, that is how I use charts. Charts and sudden price movement alert me to potential opportunity like an over-reaction to news versus intrinsic value. But price and volume alone won’t predict where the price will then go. I need to combine the chart with my basic understanding of the company’s value along with WHO IS ON MY SIDE? and WHO IS ON the OTHER SIDE FROM ME?

I don’t have a guarantee, but I do think the huge volume of selling on the 31st was not well-reasoned based on what the facts are.

If you leave with anything, leave with this: WHO IS ON THE OTHER SIDE OF THE TRADE?  As Seth Klarman says, “I want to be on the other side from uneconomic selling like deletions from the S&P.”