Perspective on the Gold Miners; Management 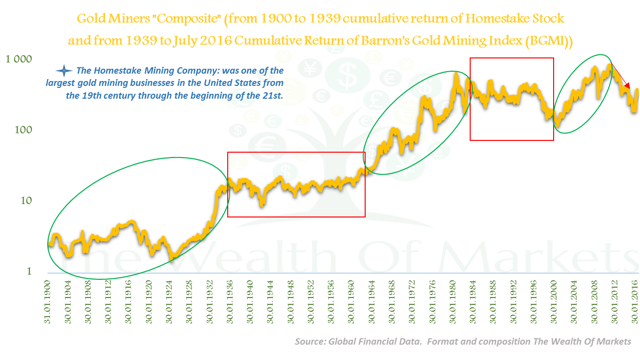 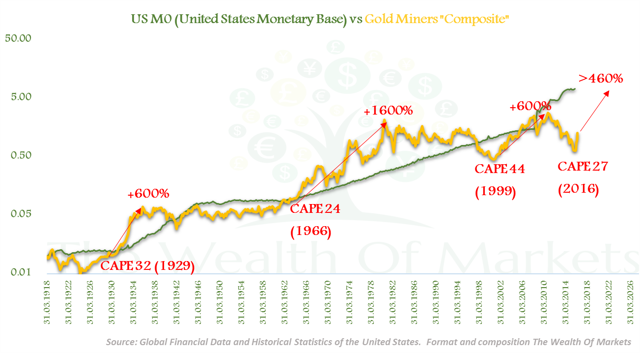 The above charts came from this article.  I would ignore the conclusions but focus on the historical perspective.

Note the information they give investors. How management communicates is important. Do they provide sufficient detail for you to assess their capital allocation skills and operational performance. Note page 5.

Celebrate when your stock gets downgraged

Analyst Recommendations Do they add value

Do you understand Buffett’s reasons for investing in IBM?  What are the financial characteristics of IBM that are attractive to Mr. Buffett? Look at IBM’s annual report provided in the link below.

From a CNBC Interview

BECKY: Wait. Wait a second, IBM is a tech company, and you don’t buy tech companies. Why have you been buying IBM?

BUFFETT: Well, I didn’t buy railroad companies for a long time either. I—it’s interesting. I have probably—I’ve had two interesting incidents in my life connected with IBM, but I’ve probably read the annual report of IBM every year for 50 years. And this year it came in on a Saturday, and I read it. And I got a different slant on it, which I then proceeded to do some checking out of. But I just—I read it through a different lens.

BUFFETT: Well, just like—just like I did with—just like I did with the railroads. And incidentally, the company laid it out extremely well. I don’t think there’s any company that’s—that I can think of, big company, that’s done a better job of laying out where they’re going to go and then having gone there. They have laid out a road map and I should have paid more attention to it five years ago where they were going to go in five years ending in 2010. Now they’ve laid out another road map for 2015. They’ve done an incredible job. First, Lou Gerstner, when he came in, he saved the company from bankruptcy. I read his book a second
time, actually, after I read the annual report. You know, “Who Said
Elephants Can’t Dance?” I read it when it first came out and then I went back and reread it. And then we went around to all of our companies to see how their IT departments functioned and why they made the decisions they made. And I just came away with a different view of the position that IBM holds within IT departments and why they hold it and the stickiness and a whole bunch of things. And also, I read very carefully what Sam Palmisamo…

BUFFETT: …Palmisano, yes, has said about where they’re going to be and he’s delivered big time on his—on his—on his first venture along those lines.

BUFFETT: The other thing I would say about IBM, too, is that a few years back, they had 240 million options outstanding. Now they probably are down to about 30 million. They treat their stock with reverence which I find is unusual among big companies. Or they really—they are thinking about the shareholder.

JOE: But you’re buying this after it’s really broken out the new highs this year, new all-time highs.

BUFFETT: We bought—we bought railroads on highs, too.

JOE: Yeah? They sent it—you know, stocks at new lows that, you know, can hit new lows where they…

BECKY: You—this is the second time in the last several months that you’ve told us about a purchase you’ve made of a company you’ve been the reading annual reports for years.

BECKY: Bank of America was the first.

BUFFETT: Right. I read those for 50 years.

BECKY: Read those for 50 years and you’re looking at companies a little differently. You never really bought tech stocks before. You had always said you don’t understand technology stocks.

BECKY: Does this mean that this is a new era and you’re going to be looking at a lot of tech stocks and I guess chief among them, would you consider Microsoft?

BUFFETT: I—well, Microsoft is a special case because Microsoft is off bounds to us because of my friendship with Bill and if we spent seven months buying Microsoft stock and during that period they announced a repurchase or increase of the dividend or an acquisition, people would say you’ve been getting inside information from Bill. So I have told Todd and Ted and I apply it myself that we do not ever buy a share of Microsoft. I think Microsoft is attractive but that—but we will never buy Microsoft. It—people would just assume I knew something and I don’t, but they would assume it and they would assume Bill talked to me and he wouldn’t have. But there’s no sense putting yourself in that position.

BECKY: But does this change the rules of the game that you would actually look at technology stocks now?

BUFFETT: I look at everything but most things I decide I can’t figure out their future.

BUFFETT: Yeah, it’s a—it’s a company that helps IT departments do their job better.

BUFFETT: And if you think about it, I don’t want to push the analogy too far because it could be pushed too far. But, you know, we work with a given auditor, we work with a given law firm. That doesn’t mean we’re happy every minute of every day about everything they do but it is a big deal for a big company to change auditors, change law firms. The IT departments, I—you know, we’ve got dozens and dozens of IT departments at Berkshire. I don’t know how they run. I mean, but we went around and asked them and you find out that there’s—they very much get working hand in glove with suppliers. And that doesn’t—that doesn’t mean things won’t change but it does mean that there’s a lot of continuity to it. And then I think as you go around the world, IBM, in the most recent quarter, reported double-digit gains in 40 countries. Now, I would imagine if you’re in some country around the world and you’re developing your IT department, you’re probably going to feel more comfortable with IBM than with many companies.

BUFFETT: I said I competed with IBM 50 years ago. Go here: http://csinvesting.org/2011/09/17/buffett-investment-filters-and-cs-on-mid-continent-tabulating-company/

BUFFETT: We actually started—I was chairman of the board, believe it or not, of a tech company one time, and computers used to use zillions of tab cards and IBM in 1956 or ‘7 signed a consent decree and they had to get rid of half the capacity. So two friends of mine, one was a lawyer and one was an insurance agent, read the newspaper and they went into the tab card business and I went in with them. And we did a terrific job and built a nice little company. But every time we went into a place to sell them our tab cards at a lower price and with better delivery than IBM, the purchasing agent would say, nobody’s ever gotten fired from buying—by buying from IBM. I mean, we probably heard that about a thousand times. That’s not as strong now, but I imagine as you go around the world that there are—there’s a fair amount of presumption in many places that if you’re with IBM, that you stick with them, and that if you haven’t been with anybody, you’re developing things, that you certainly give them a fair shot at the business. And I think they’ve done a terrific job of developing that. And if you read their reports—if you read what they wrote five years ago they were going to do and the next five years, they’ve done it, you know, and now they tell you what
they’re going to do in the next five years, and as I say, they have this terrific reverence for the shareholder, which I think is very, very important.

And I want to give full credit, incidentally, to Lou Gerstner because when he came in, I was a friend of Tom Murphy’s and Jim Burke’s, and they were on the search committee to find a solution when IBM was almost broke in 1992, and everybody thought they were going pretty far afield when they went to Lou Gerstner. And look what…

ANDREW: What was it when you’re reading the report? I mean, most investors who are trying to invest like you, they’re reading annual—what is it in the report that you said, ah, I missed it?

BUFFETT: Well, it was—it was a lot of interesting facts and you know, I
recommend you read the report, you know. Go here: http://www.ibm.com/annualreport/2010/
And I didn’t look at the pictures and I’m not sure there were any pictures.
I kind of like that, too. But there were—there were lots of things in that
report but the truth is, there were probably lots of things in the report a
year earlier or two years earlier that you say, why didn’t I spot it then? And
I think it was Keynes or somebody that said that the problem is not the new
ideas, it’s escaping from old ones. And, you know, I’ve had that many times in
my life and I plead guilty to it.

BUFFETT: I will tell you one very smart thing that Thomas Watson Sr. said. I knew Thomas Watson Jr. just a little bit. Tom Watson Sr., this applies to stocks. He said, “I’m no genius but I’m smart in spots and I stay around those spots.” And that’s terrific advice.