Beat the Market and the Dealer; Swindles; Is the Fed Printing Money? 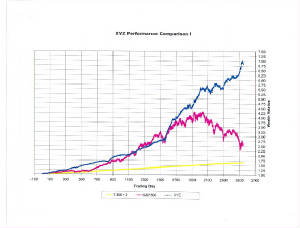 Above is the great Ed Thorp’s Princeton Partners performance graph. Learn more BEAT the Dealer AND the Market.

Black Swan Protection (Over my head but perhaps not over yours)

My Encounters With Madoff’s Scheme and Other Swindles

“On the afternoon of Thursday, December 11, 2008, I got the news I had been expecting for more than seventeen years.  Calling from New York, my son Jeff said Bernie Madoff has confessed to defrauding investors of $50 billion in the greatest Ponzi scheme in history.  “It’s what you predicted in … 1991!” he said.

“It began on a balmy Monday morning in New York in the spring of 1991, when I arrived at the office of a well-known international company.  The investment committee, reviewing their hedge fund investments, decided at this time to add due diligence by hiring me as a consultant.  I spent a few days listening to summaries of track records, analyses of the business structures of the hedge funds, the backgrounds of their managers, and making on-site visits.  One of the fund managers was so paranoid when I interviewed him at his office that he wouldn’t tell me what kind of personal computers they used.  When I went to the restroom he escorted me for fear that I might acquire some valuable crumb of information.

“With one exception, I approved the investments.  The story from Bernard Madoff Investments did not add up.  My client had been getting steady monthly profits ranging from 1% to more than 2% for more than two years.  Moreover, they knew other Madoff investors who had been winning every month for more than ten years.”

(Editor: How did the SEC’s examiners miss the swindle? All they had to do was check the OPPOSITE party on the Madoff’s trading tickets.  So if Madoff had a purchase of 1000 options on Coke, the examiner would check the counter-party’s back office to verify the transaction–a sale of 1,000 coke options to Madoff’s firm. A few more random checks would take 20 minutes.  DID the SEC EVEN DO THIS? If not, then why wouldn’t the government be liable for the fraud?) 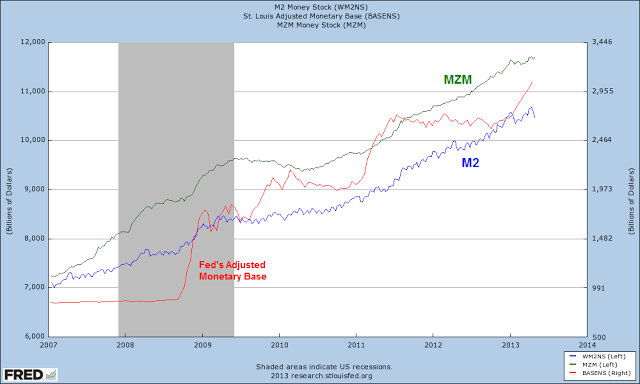 Is the Federal Reserve “Printing” Money? This is a question YOU must answer BEFORE you invest.

POP QUIZ:  If the Fed can buy government debt by paying with electronic credits (purchase debt with money created out of thin air) then shouldn’t that mean a new paradise on earth?  The government can provide ALL goods and services to the American people by issuing unlimited bonds and not worry about who will buy and at what price the government can sell their debt, that is incurred to pay for the goods and services purchased for ALL Americans, because the Fed can purchase the bonds in unlimited quantities and forever. Therefore, there is no need for Americans to work or pay for services. We have perpetual wealth. Does ANYONE disagree with that “analysis?”

Keep in mind that my argument here is not the true nature of excess reserves, but rather, is the Fed ‘printing money’ by expanding its Balance Sheet.

Normally the Fed does not have to print money.  The Federal Reserve Banks do that for themselves under their charters with the consent and oversight of the Fed, and subject to the prevailing capital requirements.

But when the real economy, as typified in the recent collapse and the continuing plunge of the velocity of money indicators, the Fed picks up the ball and prints money for the benefit of the economy.  They use this to ‘lower interest rates’ except in a liquidity trap wherein that is like pushing a rope.

I think what some of these helpful pundits are trying to say is that the Fed is not ‘printing money’ so that it is becoming an inflationary problem.  They are giving that ‘money’ to the Banks, and they hold it for safekeeping.  And for their gambling stash. And for credit cards and food stamp distributions and other fee generating activities.  And for loans to pay dividends, and fund share buybacks, and the occasional industrial activity.

And among other things it involves the payments on excess reserves that they are paying to the Banks to sit on that money.  And the gaming of the financial markets to which they turn a blind eye.  And the enormous abuses in the financial system which have still not been reformed.

And keep in mind that the purpose of my writing this is not to argue about ‘excess reserves’ but rather with regard to the question of whether the Fed is ‘printing money.’  Yes they are.  The quibble is what is being done with that money, which the Fed is providing in its function as the lender of last resort by buying Treasuries, and sometimes dodgy paper at non-market prices, and providing a subsidy to the Banks in the process.

That the Banks are NOT getting that money to the real economy in sufficient amounts is another matter perhaps.  There is a difference between liquidity and risk.

And I think that there is a strong indication that the interest rate policy mechanism of the Fed has broken down because Banks, or at least those holding those Reserves, are not making the bulk of their profits from conventional lending any longer.

They are making their profits through various forms of private investment and the many permutations of prop trading.  And their lending preferences tend towards further financialization of the economy.  This is the downside of the lack of serious reform.

Click on the subject link ‘Excess Reserves’ below for more on these Tales from the Vienna Woods (the play, not the waltz) from our financial sophisticates, and sophists, who like to argue what the meaning of is,is.    And there are some related articles and essays at the end that might be useful.

Or just start by clicking here. 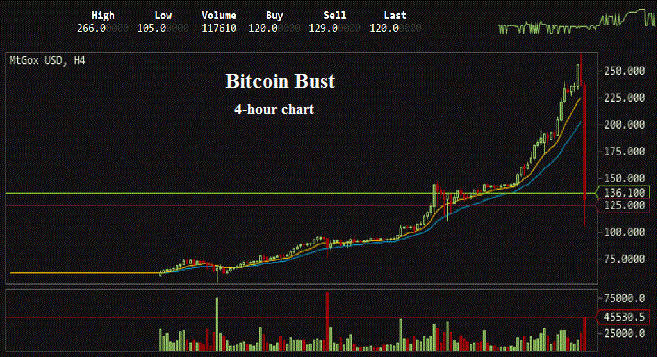