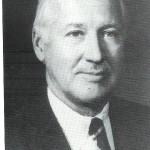 If you shoot mimes, should you use a silencer? –Steven Wright

Someone we could all learn from.  Note, that like Jim Grant, he believes rental properties are cheap in certain areas of the United States. Prices of single family homes are at all-time historical lows in terms of affordability. Where are the get-rich books in real estate?

Also, he has a large concentration in Fossil. Note how he differs from a standard portfolio as mentioned in prior post http://wp.me/p1PgpH-xl

The return that I achieved in 2011 was based on complete and utter inactivity. Readers of the 2009 Letter may recall that my cash dropped to 0% as I deployed virtually all capital during the 2009 year. Since that time, there has been no reason to add additional paid-in capital as no stock fell within my circle of competence and prices continue to remain unreasonable.

In this letter I will outline some of my thoughts around investing in stocks and my small foray into the U.S. real estate market via buying rental properties in Phoenix, AZ.

Aside from K-Swiss dropping from $12 per share to $3 per share, there was little change in my portfolio or my opinion on the stock market in general.