This meeting is part of the Corporate Program’s CEO Speaker Series, which provides a forum for leading global CEOs to share their priorities and insights before a high-level audience of CFR members. The series aims to educate the CFR membership on the private sector’s important role in the policy debate by engaging the global business community’s top leadership.

Don’t panic if you are wondering what happened to the Value Vault. I moved the files. I will place the video files into separate folders and books into other folders. This should make for easier access and better organization. Though I go under the knife within two weeks, this will get done.  Thanks for your patience. An email will go out to all Value Vault key holders with updates. 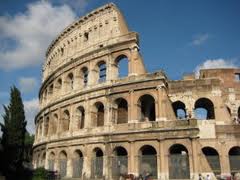 Marty Whitman Comments on How TAVF Differs from Graham & Dodd

The letters from Marty Whitman of TAVF are worth the effort to read for buyers of non-franchise companies.

This is an interesting read on how Marty Whitman differs from the principles of Graham and Dodd (“G&D”). He says analysts at Third Avenue Value Fund (“TAVF”) think like owners, like private acquirers or like creditors, emphasizing elements of fundamental finance that differentiate TAVF from G&D.  For example, G&D emphasizes the importance of dividends for outside passive minority investors (“OPMI”). In contrast,  TAVF looks instead at the corporation optimizing its uses of cash. In general, corporate cash can be dispensed in three areas:

There are comparative advantages and disadvantages for dividends and buybacks, which are never discussed by G&D because they only mention the stock buyback alternative as it relates to stock options for management.

There is no discussion by G&D of stock buybacks as a method of enhancing a common stock’s market price over the long run, giving management the flexibility to retain cash in troubled times, and also increasing the percentage ownership interest of each non-selling stockholder.

GAAP recognizes three classifications on the right hand side of the balance sheet: liabilities; redeemable preferred stock; and net worth.

In economic fact, there are many liabilities that have an equity component. It is up to the analyst to decide what percentages of certain liabilities are close to equivalent to payables and what percentage are close to equivalent to net worth. Take the liability account, deferred income taxes payable, in a going concern. If the cash saved from deferring income taxes are invested in depreciable assets, the tax may never become payable.

However, the deferred tax payable account can never be worth as much as tax paid retained earnings (part of net worth) because the tax may someday become payable, especially if the company engages in resource conversion activity, such as being acquired in a change of control transaction. So, maybe there is as much as a 90% equity value in the deferred income tax accounts payable. On the other hand, deferred income taxes payable can never be as much of a liability as current accounts payable or interest bearing debt. Maybe, at the maximum, there is a 5% to 10% equity in the deferred tax payable account. GAAP is based on a rigid set of rules; it is no longer principles based. The appraisal of an account, such as deferred income taxes payable, is in the province of the users of financial statements, not the preparers of financial statements.

Most OPMIs involved with common stock believe in substantively consolidating the company with its common stock owners. They believe they are buying General Electric (“GE”), not GE common stock. In fundamental finance, the company is a stand alone, separate and distinct from its shareholders, its management, its control group and its creditors. Essential for understanding the dynamics of many companies are not only consolidated financial statements but, also, how financial statements are consolidated. In many cases, it is important to know which liabilities of particular parents or subsidiaries are assumed or guaranteed by other companies which are part of a consolidation.

Try to read Marty’s letters and the other managers of Third Avenue Value Fund each quarter, especially if you like asset-based investments.