Bill Miller on Central Banks and the Financial Crisis

Even after seeing his Legg Mason portfolios devastated, Mr. Miller doesn’t consider the question, “Why do we need central banks?” After failure upon failure of central bank policies of ceaseless boom and bust, devaluation, ballooning debt, punititve interest rates–both too low and too high–what will cause the public to understand the futility of central financial planning?

Imagine if Miller had read Ludwig von Mises (www.mises.org) instead of quoting the Austrian Philosopher, Ludwig Wittgenstein, he would have an inkling of what caused the boom and bust that eviscerated his portfolios:cbm 2003 Version of Trade Cycle 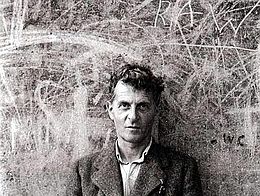 I would rather invest with him: http://www.youtube.com/watch?v=tZnkql_Xkhc

Why is 49 the lucky number in France?