Value or Death Trap. The Erie Canal and RIMM 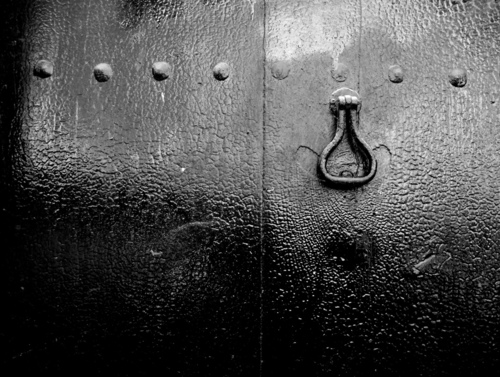 A blog posted their discussion on the balance sheet of RIMM: http://www.oldschoolvalue.com/blog/stock-analysis/a-case-study-of-rimms-balance-sheet-troubles

Go the extra step and read the last two annual reports of RIMM and see if you agree.

Can anyone relate how the history of investing in the Canals would help investors today know what might happen to RIMM? What are the parallels and differences (if any)?  What does history of technology investing teach us?

The best answer/reply in a few sentences will win a prize by next week as voted on by readers.

The period between the end of the War of 1812 and the Civil War was a time of swift improvement in transportation, rapid growth of factories, and significant development of new technology to increase agricultural production. Americans moved with relative ease into new regions and soon produced an agricultural surplus that changed them from subsistence farmers into commercial producers. Manufacturing became an increasingly important sector of the economy and set the stage for rapid industrialization in the late nineteenth century. The economic and technological developments brought important changes to American society.

The canal craze. After the War of 1812, DeWitt Clinton of New York boldly suggested that a canal be constructed from Lake Erie to Albany (363 miles) using the Mohawk River and then the Hudson River to connect with New York City. Such a project had no precedent in the United States. Clinton obtained a subsidy from the New York legislature and began construction on July 4, 1817. Completed in 1825, the Erie Canal was an instant success, bringing prosperity and additional settlement to its western terminus at Buffalo and helping to make New York City the preeminent American seaport. Philadelphia merchants, jealous of New York’s success, pressed for a canal between eastern Pennsylvania and Pittsburgh, but this waterway presented even greater obstacles than the New York project. The 395-mile Pennsylvania Canal required 174 locks—more than double the number on the Erie Canal—and a funicular railway to get cargo over the Allegheny Mountains. Completed in 1834, it carried considerable traffic but never rivaled the Erie Canal in terms of total tonnage or economic impact.

The success of these projects fed a craze for canal construction throughout the Midwest. By 1837, companies had built 750 miles of canals in Ohio alone. Canals linked Toledo to Cincinnati, Evansville to Fort Wayne, and Akron to Cleveland. While financially risky private investments, canals benefited farmers throughout the Ohio Valley and the Great Lakes region by providing a relatively inexpensive means to get their produce to market. Even though the barges that carried lumber, coal, hay, wheat, corn, and oats traveled only two miles an hour (they were towed by mules walking along the banks), the canals greatly reduced shipping costs, time, and distances. They also contributed to a shift in population as cities like Buffalo, Cleveland, Detroit, Chicago, and Milwaukee grew at the expense of such river ports as Louisville.

Railroads. Railroad construction began in the United States in 1825; by 1860, more than thirty thousand miles of track had been laid. Originally concentrated in the Northeast, by the eve of the Civil War, lines reached as far west as St. Joseph, Missouri. In the South, railroad building lagged just as much as canal building.

Railroads had several advantages over canals. They required a smaller initial capital investment; offered more direct routes; and provided fast, year-round service (rivers and canals froze in winter). There was little coordination among the different railroads though, which worked against creation of a uniform rail system. Because the companies selected their own track gauge, freight often had to be unloaded at the terminus of one line and reloaded at the start of another line, adding to costs. Despite this shortcoming and their comparatively high maintenance costs, railroads expanded and eventually moved ahead of canals in total tonnage shipped in the late 1840s.