Microsoft’s Write-offs: What Lessons Can We Learn? 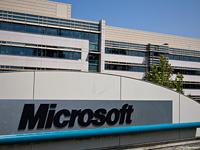 Lessons to be learned

There are several lessons:

Hint: If I wanted a job at Microsoft or an investment bank servicing technology companies, I would do an intensive analysis showing why there would almost always be failure due to faulty strategic logic. You may not get the job, but I guarantee you would do better than submitting countless resumes.  Say you saved MSFT $6 billion plus the money that could have been earned on that amount–what percentage would be fair compensation? Not a bad payday.

Microsoft admitted its largest acquisition in the Internet sector was effectively worthless and wiped out any profit for the last quarter, as it announced a $6.2 billion charge to write down the value of an online advertising agency it bought five years ago.

The announcement came as a surprise, but did not shock investors, who had largely forgotten Microsoft’s [MSFT30.56 -0.03(-0.1%) ] purchase of aQuantive in 2007, which was initially expected to boost Microsoft’s online advertising revenue and rival Google Inc’s [GOOG580.47 0.40(+0.07%)] purchase of DoubleClick.

The company’s shares dipped slightly to $30.35 in after-hours trading, after closing at $30.56 in regular Nasdaq trading.

Microsoft said in a statement that “the acquisition did not accelerate growth to the degree anticipated, contributing to the write-down.”

The world’s largest software company bought aQuantive for $6.3 billion in cash in an attempt to catch rival Google Inc. in the race for revenues from search-related advertising. It was Microsoft’s biggest acquisition at the time, exceeded only by its purchase of Skype for $8.5 billion last year. But it never proved a success and aQuantive’s top executives soon left Microsoft.

As a result of its annual assessment of goodwill – the amount paid for a company above its net assets – Microsoft said on Monday it would take a non-cash charge of $6.2 billion, indicating the aQuantive acquisition is now worthless.

The charge will likely wipe out any profit for the company’s fiscal fourth quarter. Wall Street was expecting Microsoft to report fiscal fourth-quarter net profit of about $5.25 billion, or 62 cents a share, on July 19.

In addition to the write-down, Microsoft said its expectations for future growth and profitability at its online services unit – which includes the Bing search engine and MSN Internet portal – are “lower than previous estimates.”

Again, through your lens of strategic logic what obvious flaw did management make and WILL make again if it doesn’t understand what?

The company did not say what those previous estimates were, as it does not publish financial forecasts.

Microsoft’s online services division is the biggest drag on its earnings, currently losing about $500 million a quarter as the company invests heavily in Bing in an attempt to catch market leader Google. The unit has lost more than $5 billion in the last three years alone. Even though its market share has been rising, Bing has not reached critical mass required to make the product profitable.

Before rolling out Bing in June 2009, Microsoft’s Windows search engine had 8 percent of the U.S. Internet search market, compared with Yahoo’s 20 percent and Google’s 65 percent.

In the three years since then, Bing has almost doubled its market share to 15 percent, but that has been mostly at the expense of Yahoo, which has had its share whittled down to 13 percent. Google now has almost 67 percent, according to research firm Comscore.

This entry was posted in Competitive Analysis and tagged Microsoft, Strategic Logic. Bookmark the permalink.

14 responses to “Microsoft’s Write-offs: What Lessons Can We Learn?”