A Reader’s Question: What Determines the Price of Gold? 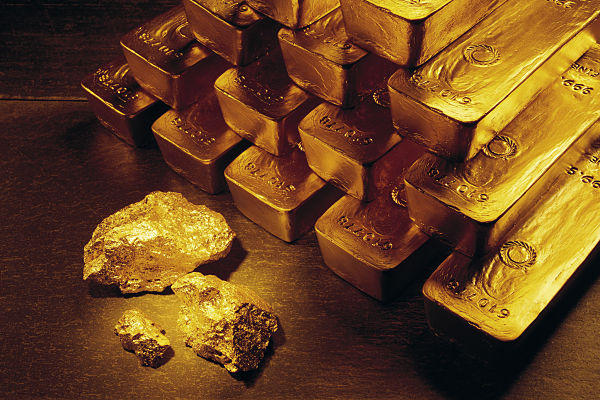 If those who believe in the value of gold r “gold bugs”, believers in value of financial assets must be “paper bugs” – “bond bugs”, “stock bugs”..

The goal of this post is to understand how prices are set for goods that are not consumed like gold or stock certificates.   This is a follow-up to a prior post on Goldbugs http://wp.me/p2OaYY-2Av.

Many analysts covering the gold market lack a basic understanding of reservation demand.  Most gold market research is based on the premise that the supply side of the market can be characterized by the quantity supplied and demand side by the quantity demanded. The specific cause and effect relationship between these two variables and price is often unstated; and perhaps rightfully so: is it not obvious that a greater quantity demanded is the cause of a higher price, and that a greater quantity supplied is responsible for a lower price?

Read: Misunderstanding-Gold-Demand (1) and for more examples: What determines the price of gold  Then to reinforce the concepts, Rothbard shows in detail how supply and demand schedules are derived from individual preference rankings in Man, Economy , and State starting with his discussion in Chapter 2, sections 4-5 and Chapter 2, Section 8: Stock and Total Demand to Hold, and then later as applied to money in Chapter 11 (Money and its Purchasing Power) Sections 2-5.  Link here: http://mises.org/library/man-economy-and-state-power-and-market

If you grasp the readings above, you will have a greater understanding than many professional gold analysts. I am willing to take bets on this. Takers?

Then you will not waste your time reading the nonsensical: Global-gold-demand-will-overwhelm-the-manipulators Nathan Mcdonald-sprott-money-news

However, even if you agree/disagree with an analyst’s conclusion, you will know whether the premises are logical if not yet determined to be correct.

You might even be able to understand where a forecaster went wrong in their analysis: Eric Sprott sees gold at new high before year-end/

Gold wasn’t always in the dumps.  It rose right along with equities, indeed outperformed equities, from the 2009 Great Recession bottom – when central banks the world over first began implementing their unconventional monetary policies – straight through to its September 2011 top.  The reason we think it did is quite simple.  Coming out of the Great Recession, central bank credibility – their ability to “pull us out” of the Recession – was being severely questioned by investors. Thus, a good portion of investor money found its way into gold. That changed in 2011. Underwritten by these same central bank easy money policies, the as yet unresolved malinvestments of the Housing Bubble turn Credit Bust turn Great Recession, which were in the process of a healthy liquidation, were short circuited, while new, yet to be revealed malinvestments (we think the largest being anything in and around financial engineering) were starting to bear fruit.  The belief took hold that the heroic policies of these central banks were finally working, finally restoring long-term vitality to the economy. Gold then sunk while equities marched ever higher.

So here we are… http://www.forbes.com/sites/michaelpollaro/2014/10/12/central-bank-credibility-the-equity-markets-and-gold/

Right for the wrong reasons

It is not uncommon for people who make predictions about the financial markets to be right for the wrong reasons, meaning that even though their reasoning turned out to be wrong the market ended up doing roughly what was predicted. Here are two examples that explain what I’m talking about.

The first example involves the popular forecast, during 1995-2000, that the US stock market would continue to be propelled upward by a technology-driven productivity miracle. This reasoning was used by high-profile analysts such as Abby Joseph Cohen to explain why stratospheric valuations would go even higher. As long as the bull market remained intact these analysts were generally held in high regard, but their reasoning was terribly flawed.

Anyone with a basic understanding of good economic theory knows that increasing productivity causes prices to fall, not rise. Furthermore, while it is certainly possible for some individual companies to justifiably obtain higher market valuations by becoming more productive than their competitors, a general increase in productivity will not cause a sustained, economy-wide increase in corporate profitability and will not justify higher valuations for most equities. To put it another way, the main beneficiaries of higher productivity are consumers, not stock speculators and investors in equity-index funds. Consequently, there was never a possibility that rising productivity was behind the 1995-2000 surge in the US stock market. “Rising productivity” was just a story that sounded good to the masses while the market was going up.

The second example involves the forecast, in 2011-2012, that the gold price was destined to fall a long way due to deflation. Regardless of whether your preferred definitions of inflation and deflation revolve around money supply, credit supply, asset prices or consumer prices, there has been no deflation and plenty of inflation over the past 2-3 years, so advocates of the “gold is going to lose a lot of value due to deflation” forecast could not have been more wrong in their reasoning. However, the gold market has performed as predicted!

Rather than being a victim of deflation, gold was a victim of the reality that over the past three years a bout of rampant monetary inflation led to a huge rally in the broad stock market, which, in turn, boosted economic confidence. Ironically, had the reasoning of the “gold to fall due to deflation” group been close to the mark, the gold price would probably have experienced nothing more than a 12-18 month consolidation following its September-2011 peak. This is not because gold benefits from deflation (it doesn’t), but because the combination of economic weakness, declining economic confidence and the actions taken by central banks to address the economic weakness would have elevated the investment demand for gold.

I’ve noticed that fundamentals-based analysis is rarely questioned if it matches the price action and, by the same token, is often greeted with skepticism if it is in conflict with a well-established price trend. During a raging bull market even the silliest bullish analyses tend to be viewed as credible, and after a bear market has become ‘long in the tooth’ even a completely illogical or irrelevant piece of analysis will tend to be viewed as smart, or at least worthy of serious consideration, if its conclusion is bearish. However, from a practical investing perspective, fundamental analysis can be most useful when its conclusions are at odds with the current price trend. The reason is that the greatest opportunities for profit in the world of investing and long-term speculation are created by divergences between value and price.

Spend the time to understand how prices are set/determined and you will avoid faulty analysis and think better for yourself.

HAVE A HAPPY THANKSGIVING!

3 responses to “A Reader’s Question: What Determines the Price of Gold?”