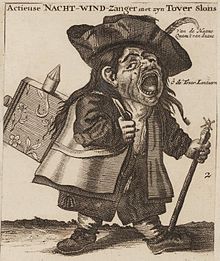 The “night singer of shares” sold stock on the streets during the South Sea Bubble. Amsterdam, 1720.

I had told readers in previous posts about the pump and dump stock, SNPK (“Sunpeaks Ventures, Inc.) that eighteen months would pass before the stock hit the sub $0.01 level.

But when I saw this:

I was WRONG. SNPK may disappear altogether in a matter of weeks, so to complete this case study, I would visit company headquarters and find out the truth.

What I saw gave me a shocked face: http://www.youtube.com/watch?v=srw3RdiIlrQ. Police cars and yellow crime-scene tape prevented further investigation. This brings the case to a close. Even a 96% drop from the high price of $2.00 a month ago is meaningless. This is an eventual, inevitable $0.00.

Video of a Victim of a Pump and Dump Scheme

For those who wish to learn more about this seamy part of the securities market then you can read here:

Microcap stock fraud is a form of securities fraud involving stocks of “microcap” companies, generally defined in the United States as those with a market capitalization of under $250 million. Its prevalence has been estimated to run into the billions of dollars a year. Many microcap stocks are penny stocks, which trade at below $1 a share.

Pump and dump schemes tend to take place either on the Internet including e-mail spam campaigns or through telemarketing from “boiler room” brokerage houses (for example, see Boiler Room). Often the stock promoter will claim to have “inside” information about impending news. Newsletters that purport to offer unbiased recommendations then tout the company as a “hot” stock. Messages in chat rooms and email spam urge readers to buy the stock quickly.[1]

Unwitting investors then purchase the stock, creating high demand and raising the price. This seemingly “real” rise in prices can entice more people to believe the hype and to buy shares as well. When the people behind the scheme sell their shares and stop promoting the stock, the price plummets, and other investors are left holding stock that is worth significantly less than what they paid for it.

Fraudsters frequently use this ploy with small, thinly traded companies—known as “penny stocks,” generally traded over-the-counter (in the United States, this would mean markets such as the OTC Bulletin Board or the Pink Sheets), rather than markets such as the New York Stock Exchange or NASDAQ—because it is easier to manipulate a stock when there is little or no independent information available about the company.[2] The same principle applies in the United Kingdom, where target companies are typically small companies on the AIM or OFEX.

A more modern spin on this attack is known as hack, pump and dump.[3] In this form a person purchases penny stocks in advance and then uses compromised brokerage accounts to purchase large quantities of that stock. The net result is a price increase, which is often pushed further by day traders seeing a quick advance in a stock. The holder of the stock then sells his stock at a premium.[4]

During the dot-com era, when stock market fever was at its height and many people spent significant amounts of time on stock Internet message boards, a 15-year-old named Jonathan Lebed showed how easy it was to use the Internet to run a successful pump-and-dump. Lebed bought penny stocks and then promoted them on message boards, pointing at the price increase. When other investors bought the stock, Lebed sold his for a profit, leaving the other investors holding the bag. He came to the attention of the U.S. Securities and Exchange Commission (SEC), which filed a civil suit against him alleging security manipulation. As is commonly the case in SEC actions, Lebed settled the charges by paying a fraction of his total gains. He neither admitted nor denied wrongdoing, but promised not to manipulate securities in the future.[5]

As late as April 2001, before the company’s collapse, Enron executives participated in an elaborate scheme of pump-and-dump[6] in addition to other illegal practices that fooled even the most experienced analysts on Wall Street. Studies of the anonymous messages posted on the Yahoo board dedicated to Enron revealed predictive messages that the company was basically a house of cards, and that investors should bail out while the stock was good.[7] Enron had falsely reported profits which inflated the stock price, and then covered the real numbers by using questionable accounting practices. 29 Enron executives sold overvalued stock for more than a billion dollars before the company went bankrupt.[8]

In April 2007, the SEC brought charges against Park Financial Group as a result of an investigation into a pump and dump scheme during 2002-2003 of the Pink Sheet listed stock of Spear & Jackson Inc.[9]

Pump and dump stock scams are prevalent in spam, accounting for about 15% of spam e-mail messages. A survey of 75,000 unsolicited emails sent between January 2004 and July 2005 concluded that spammers could make a return of 6% by using this method, while recipients who act on the spam message typically lose 5% of their investment within two days.[10] A study by Böhme and Holz[11] shows a similar effect. Stocks targeted by spam are almost always “penny stocks“, selling for less than $5 per share, not traded on major exchanges, are thinly traded, and are difficult or impossible to sell short. Spammers acquire stock before sending the messages, and sell the day the message is sent.[12]

A chop stock is an equity, usually trading on the Nasdaq Stock Market, OTC Bulletin Board or Pink Sheets listing services, that is purchased at pennies per share and sold by unscrupulous stock brokers to unsuspecting retail customers at several dollars per share.[9][10]

This practice differs from a pump and dump in that the brokerages make money, in addition to hyping the stock, by marketing a security they purchase at a deep discount. In this practice, the brokerage firm generally acquires the block of stock by purchasing a large block of the securities (usually from a large shareholder who is not affiliated with the underlying company) at a negotiated price that is well below the current market price (generally 40% to 50% below the then-current quoted offer/ask price) or it acquires the stock as payment for a consulting agreement.[11]

The subject stocks usually have little or no liquidity prior to the block purchase. After the block is purchased, the firm’s participating brokers will sell the stock to their brokerage customers at the then-current quoted offer/ask price, to the often victimized investors who are generally unaware of this practice. This large difference, or “spread” between the then-current quoted offer/ask price and the deeply discounted price the block of stock was purchased is almost always shared with the stockbroker at the firm who solicited the trade. For this reason, there is a large benefit and an inherent conflict of interest for the firm and the broker to sell these “proprietary products”.

Because the firm is technically “at risk” on the block of stock (if the price of the stock drops below the price at which the block was purchased, the firm will be at a loss on the stock) and stock is usually sold at or even slightly below the then-current prevailing market price offer/ask, the practice is still legal in the United States. In fact, it is not required that this profit spread be disclosed to the client, since it is not technically a “commission”. When a brokerage house sells such stock from its own inventory, a client will receive a trade confirmation stating the transaction was done as “Riskless Principal” or “Markup”, which in fact, just like commissions, is also revenue to the firm, and such a practice is often subject to abuse. Only the amount of fees charged over and above the offer/ask are commissions, and must be disclosed. But even though it is still legal, it is frowned upon by the Securities Exchange Commission, and they are using other laws and methods of attack to indirectly thwart the practice.

Microcap fraud has been a major source of income for organized crime.[12] Mob figures from each of the Five Families of the New York mafia, as well as the New Jersey mob, have become involved in stock scams.

Organized crime elements were believed to have been short-selling chop stocks in the late 1990s.[15]

This entry was posted in Investor Psychology and tagged Fraud, mafia, Pump and Dump, SNPK. Bookmark the permalink.