Are You Trying Too Hard; Research Tip; Loews and Berkshire; More

Capitalism without bankruptcy is like Christianity without Hell.–The Two-Penny Philosopher

Looking back at the numerous pronouncements, the numerous projections Bernanke has made over the years, and it quickly becomes evident that he has seldom been right about anything. ….He has  yet to figure out that the present crisis is one not of liquidity, but of solvency. American and European central banks, for ten or fifteen years, supplied too much liquidity to the market. There was too much cheap money available. It led to the housing and consumption bubbles, and when those bubbles burst, the world was left with a credit problem.

Loans today are not unavailable to people who are reasonably solvent; liquidity is not the problem. The problem is that too many people are bankrupt.

Bernanke does not seem to understand this. During the Great Depression, LIQUIDITY was indeed the problem. Thanks to misguided government policies, trade began to dry up, there was no liquidity to support the banks, and the whole system collapsed. Unable to distinguish between liquidity and solvency, Bernanke sees the current crisis as the 1930s all over again. 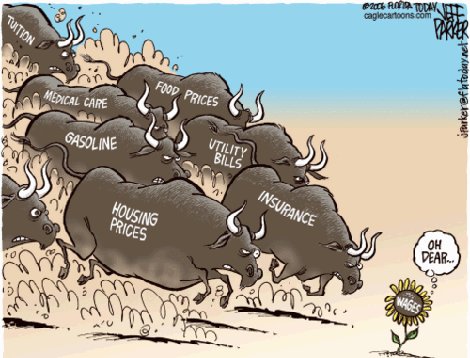 ….But you do not solve the problem of too much debt with more debt. If printing money led to prosperity, Zimbabwe would be the most prosperous country in the world. inflationpics251108

Are You Trying Too Hard? http://greenbackd.com/2013/03/07/do-you-think-you-might-be-trying-too-hard/  A fantastic read–if you only read this, you will do better as an investor!

What I am reading now:

2 responses to “Are You Trying Too Hard; Research Tip; Loews and Berkshire; More”