When a well-packaged web of lies has been sold gradually to the masses over generations, the truth will seem utterly preposterous and its speaker a raving lunatic–Dresden James

Please share with us how you would handle the following moral/ethical quandary. There is no “right” answer but pretend your goal is the greatest good for the greatest number in the long run or, conversely, the least harm to the fewest people. Prize emailed.

A group of children were playing on two railway tracks, one still in use while the other disused. Only one child played on the disused track, the rest on the operational track. 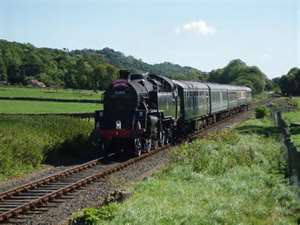 The train is coming, and you are just beside the track interchange. You can make the train change its course to the disused track and save most of the kids. However, that would also mean the lone child playing on the disused track would be sacrificed. Or would your rather let the train go it way?

Please explain your choice. Hint: the above dilemma is relevant to economics and investing. What would YOU do?

This entry was posted in YOU and tagged Moral Dilemma, Train tracks. Bookmark the permalink.

22 responses to “A Moral Dilemma”