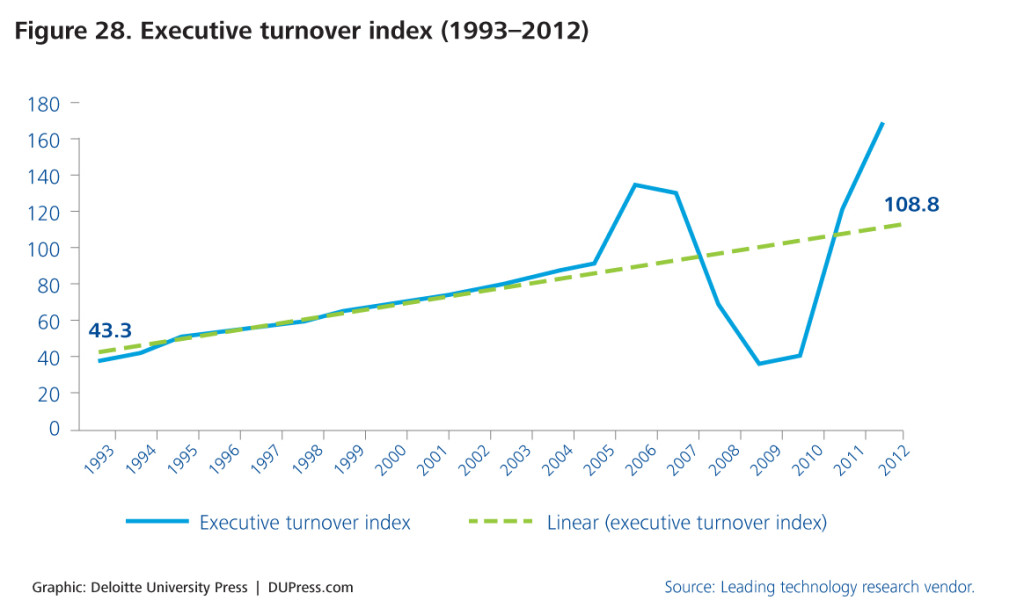 Read more about the declining survivability of corporations and the rising executive turnover:

Inflationary Expectations  If you only study one aspect of human action to understand our current environment, let it be this:

There is no scientific way to predict at what point in any inflation expectations will reverse from deflationary to inflationary. The answer will differ from one country to another, and from one epoch to another, and will depend on many subtle cultural factors, such as trust in government, speed of communication, and many others. In Germany, this transition took four wartime years and one or two postwar years. In the United States, after World War II, it took about two decades for the message to slowly seep in that inflation was going to be a permanent fact of the American way of life.

When expectations tip decisively over from deflationary, or steady, to inflationary, the economy enters a danger zone. The crucial question is how the government and its monetary authorities are going to react to the new situation. When prices are going up faster than the money supply, the people begin to experience a severe shortage of money, for they now face a shortage of cash balances relative to the much higher price levels. (page 67, The Mystery of Banking by Murray Rothbard). How banks create money in the modern economy   fractional-reserve-banking-and-the-fed_salerno   The Mystery of Banking