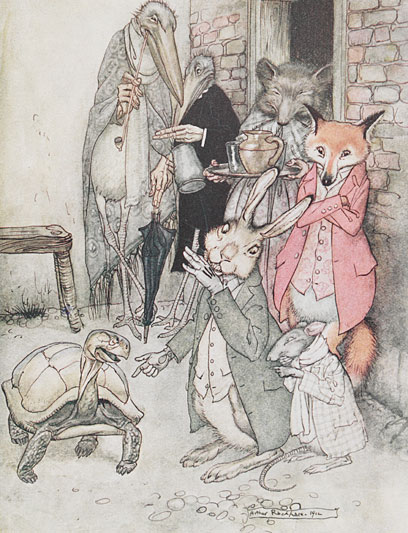 Ben Graham told a story 40 years ago that illustrates why investment professionals behave as they do: An oil prospector, moving to his heavenly reward, was met by St. Peter with bad news. “You’re qualified for residence”, said St. Peter, “but, as you can see, the compound reserved for oil men is packed.

There’s no way to squeeze you in.” After thinking a moment, the prospector asked if he might say just four words to the present occupants. That seemed harmless to St. Peter, so the prospector cupped his hands and yelled, “Oil discovered in hell.” Immediately the gate to the compound opened and all of the oil men marched out to head for the nether regions. Impressed, St. Peter invited the prospector to move in and make himself comfortable. The prospector paused. “No,” he said, “I think I’ll go along with the rest of the boys. There might be some truth to that rumor after all.”

The line separating investment and speculation, which is never bright and clear, becomes blurred still further when most market participants have recently enjoyed triumphs. Nothing sedates rationality like large doses of effortless money. After a heady experience of that kind, normally sensible people drift into behavior akin to that of Cinderella at the ball. They know that overstaying the festivities ¾ that is, continuing to speculate in companies that have gigantic valuations relative to the cash they are likely to generate in the future ¾ will eventually bring on pumpkins and mice. But they nevertheless hate to miss a single minute of what is one helluva party. Therefore, the giddy participants all plan to leave just seconds before midnight. There’s a problem, though: They are dancing in a room in which the clocks have no hands.

Last year (1999), we commented on the exuberance ¾ and, yes, it was irrational ¾ that prevailed, noting that investor expectations had grown to be several multiples of probable returns. One piece of evidence came from a Paine Webber-Gallup survey of investors conducted in December 1999, in which the participants were asked their opinion about the annual returns investors could expect to realize over the decade ahead. Their answers averaged 19%. That, for sure, was an irrational expectation: For American business as a whole, there couldn’t possibly be enough birds in the 2009 bush to deliver such a return.

Far more irrational still were the huge valuations that market participants were then putting on businesses almost certain to end up being of modest or no value. Yet investors, mesmerized by soaring stock prices and ignoring all else, piled into these enterprises. It was as if some virus, racing wildly among investment professionals as well as amateurs, induced hallucinations in which the values of stocks in certain sectors became decoupled from the values of the businesses that underlay them.

One response to “Buffett on Valuation”