Price is set at the margin 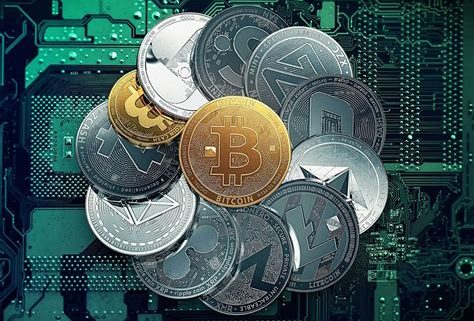 Bitcoin is not money. Gold IS money because its marginal utility does NOT decline. Read an excellent short article: https://monetary-metals.com/the-ultimate-stablecoin-report-18-nov-2018/

We have covered several times Warren Buffet’s pointed (and disingenuous) comment that gold has no utility. It just sits, and there is a cost for it to sit. And an opportunity cost.

So why do people buy something which has no utility and no return? One, which we discuss a lot, is speculation. They buy whatever’s going up, in an attempt to cash in on the rise. So let’s not dwell on this.

Right now, General Electric is in the news. Its investment grade rated bonds are trading like junk bonds. This is like an echo from the past. Bear Sterns retained its investment-grade rating until just before its demise.

GE has about $115 billion in debt. If it defaults, that could put fear into a lot of investors. They will certainly buy Treasury bonds (which are defined as risk free). Will they buy gold, which is the only financial asset which is truly free of default risk? Maybe.

However, in addition to GE we know that a significant fraction of bonds out there are issued by so-called zombie corporations, whose profits are less than interest expense. Rising interest rates can only have increased the percentage, though the increased cost kicks in with a lag (as each bond matures and must roll). In addition to the problem of rising default risk from these companies, there is the risk if enough hits at once, that the credit market they depend on, goes no bid again as it did in 2008.

Of course, if their bonds are impaired then their equities are worthless. Stocks will be crashing in this scenario.

We raise the issue of price being set at the margin to make a point. In this scenario, the marginal buyer of gold will not be the speculator. It will be the mainstream investor who is desperate to protect himself from a financial system going mad again.

When will this happen? Watch for news of GE and other major debtors sinking deeper into trouble.

As to systemic default risk, i.e. monetary collapse, it’s early yet. There are some peripheral currencies like the bolivar and lira that could go away soon. But their troubles are widely known, and visible far in advance. We would not expect their demise to have much impact on the world’s monetary order (though of course it is horrific for the people who live in Venezuela and Turkey).

Other currencies are also in trouble—we have written a lot about the franc. It is impossible to predict the timing of such a thing, though our gut feeling is that it is still a ways out.

As to the de-dollarization, loss-of-reserve-status, end-of-petrodollar, gold-backed-yuan, SDR-to-replace-USD ideas, we say: rubbish. The dollar will get stronger from here, if not in terms of gold then as measured by other currencies. Panicky people in Istanbul do not think “let me buy Brazilian reals, Russian rubles, Indian rupees, and Chinese yuan” because someone coined the glib term “BRICs”. They do not think “I will buy me some Saudi riyal because, petro.”

So we end on a conclusion we have reiterated many times. When gold goes to $10,000 it is not gold going up. It is the dollar going down.

It is inevitable that the dollar will go down. Keith just gave a talk at an Austrian economics conference in Madrid “There Is No Extinguisher of Debt” (paper to be published soon). The collapse of the dollar is baked into the mathematics.

People could buy gold today at an 88% discount from that price. But do yourself a favor. Watch any politician on TV. Watch a Republican promise to “grow our way out of the debt”. Or watch a Democrat promise a free university education to everyone. Watch even many libertarians promote a Universal Basic Income(!)

Buying gold is a non-expiring hedge. But only people who perceive a need to hedge, will buy the hedge. The rest may think that stocks are a bargain here, being down almost 7% from the high last month. So far in this incredible boom following the crisis, every time people who bought the dip were rewarded.

Are we getting close to the point where it won’t be? If GE is any indication, if GE will have a contagion effect (remember that word?) then the answer is likely yes.

This entry was posted in Economics & Politics and tagged bitcoin, Gold, Price set at the margin. Bookmark the permalink.

2 responses to “Price is set at the margin”