Epiphany at the FED? 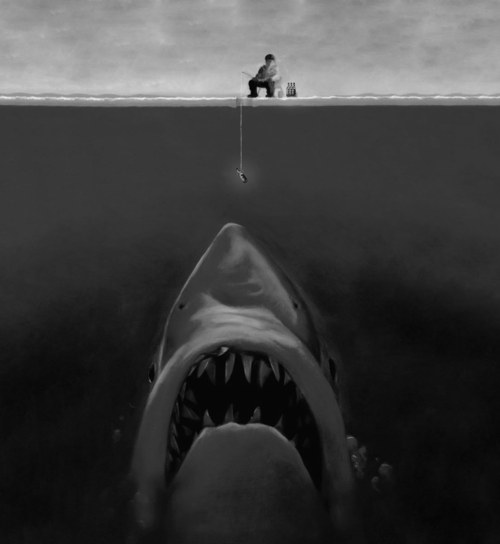 NEW YORK (Real Money) — There are nascent signs of a profound shift in ideology by global central bankers regarding the application of monetary policy. Traders and investors alike should be watchful, as this could have a substantial impact on all asset classes in the near future. Yet neither the markets nor the financial media have recognized this phenomenon.

When modern central banking was established with the creation of the U.S. Federal Reserve in 1913, it was partly a reaction to a series of business boom and bust cycles following the Civil War and the emergence of the Industrial Revolution, culminating with the banking crisis of 1907. The political rationale for creating the Federal Reserve was to provide countercyclical intervention to thwart economic activity that resulted in either inflation or deflation, thus mitigating the business cycle. As logical as it sounds, the idea of intervention has been contested by large segments of academia dedicated to the study of economics and political economy. (What proof is there that the Fed has reduced or stopped these boom//bust which the Fed itself helps to create through cartelizing the fractional (Ponzi) banking system?)

These concerns have been raised by academics studying and mapping cycles of all kinds, both naturally occurring and in manmade institutions. The principal concern has been that business and economic cycles, as well as other social and civilization cycles, are a natural part of the human condition, and attempting to mitigate them could easily cause the duration and amplitude of the cycles to increase rather than decrease.

Mitigating the effects of an economic or business cycle contraction with stimulus would only postpone the immediate severity of the contraction, while simultaneously becoming a contributing factor to an even more distorted market in the future that would require even more stimulus to prevent an even greater contraction. This process would continue until stimulus was no longer effective and the markets would clear naturally, and spectacularly.

The risk of this happening was the principal factor in the Federal Reserve adhering to a reactive, rather than preventive, policy. This, however, is not a part of the Fed’s legal mandate, and each Fed chair is left to determine what the difference is.

Although the world’s central banks have different operational procedures and mandates, they have all been designed following the U.S. Fed as a model and they abide by this broad mandate of reactive intervention. The world’s principal central banks — the Fed, Bank of England, Bank of Japan, and European Central Bank — are beginning to express a recognition that their policies since 2008 (the BOJ since the mid-1990s) may have been preventive and, as a result, magnified the real economic and business cycle distortions.

As a result, they may now begin the slow and steady process of reverting to a reactive stance and allow the markets and economies to clear excesses of the past several years. Wednesday’s nominal move by the Fed may be considered by investors as the first step in that process in the U.S. If so, traders should anticipate future intervention after a crisis and losses have been realized, not before.

Be careful out there!

Are falling commodity prices a problem?

Today’s Bloomberg headline: “Stocks Drop with Commodities Poised for Bear Market.” A quick check shows that indeed the great majority of commodity prices are falling since their highs of last year. Indeed, many would say that commodities are already in a bear market: 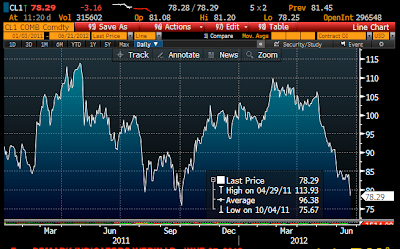 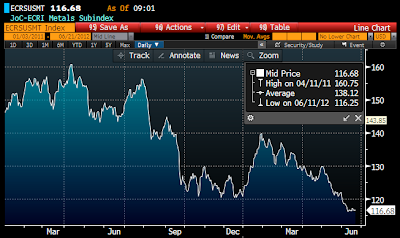 The Journal of Commerce Metals Index is down 27%. 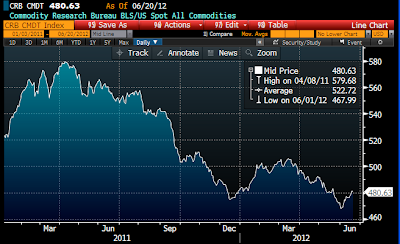 The CRB Spot Commodity Index is down 17%. (note, however, that this broad-based index of industrial, energy, and agricultural commodities is up 2.7% in the past three weeks, mainly due to rising prices for foodstuffs) 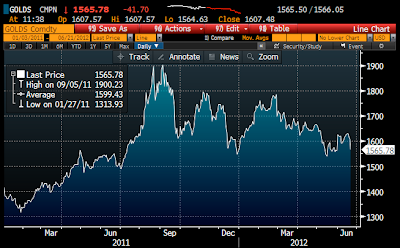 Gold is down 17%, and silver is down 44%.
Commodity investors are suffering, no question. So what does this mean? Does this reflect a global economic slowdown that threatens to become another recession? The beginnings of another bout of deflation? Is the Fed too tight? Are debt burdens killing economic growth?
The answer to these questions, I would argue, is that it depends on your perspective.
Consider the following long-term versions of each of the above charts: 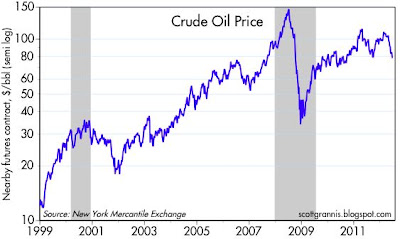 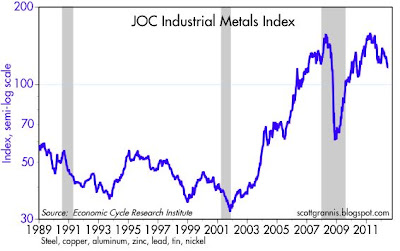 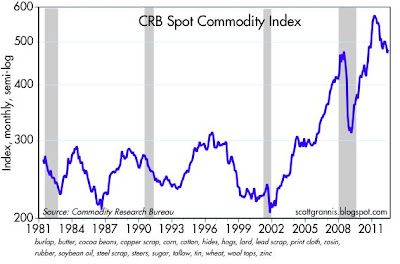 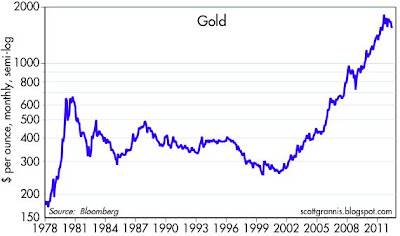 Gold prices are up over 500% in the past 11 years, or 18% per year.
Wow. Is the commodity glass half full, or half empty? Looks pretty full to me. Just about any commodity you can find is up way more than the rate of inflation over the past decade or so. Is that because global growth is going gangbusters and we simply can’t produce enough of the stuff? Or could it have something to do with monetary policy? Consider this chart of the CRB Spot Commodity Index in constant dollar terms: 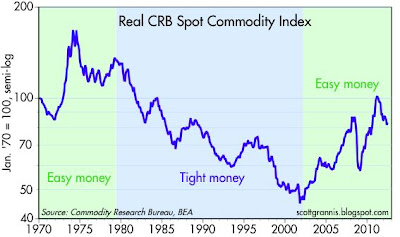 I think this chart shows that monetary policy can have a huge impact on commodity prices. The big secular trends in real commodity prices coincide very closely with the big trends in monetary policy. Monetary policy was easy throughout most of the 1970s, then became tight under Volcker beginning in 1979 and throughout most of Greenspan’s tutelage. Policy has been overtly accommodative for most of Bernanke’s term as chairman, with the big exception being the late 2008 period, when the Fed was slow to react to a massive increase in money demand, and thus became inadvertently tight until quantitative easing was launched.
Looked at from a long-term perspective, and viewed against the backdrop of monetary policy, it looks to me like commodities are still in a bull market, and the recent declines have been in the nature of a correction. As such, I don’t think that the recent decline in commodity prices, painful though it has been, reflects a major deterioration in the global economic outlook.
If anything, the recent decline in commodity prices is a correction from overly-strong gains—call it a bubble perhaps—that in turn were likely driven by the expectation that monetary policy was far more inflationary than it has turned out to be. Commodity speculators—and this goes double or triple for gold speculators—are realizing that commodity prices overshot the inflation fundamentals by a lot. The future hasn’t turned out to be as inflationary as they expected. Speculative excess has sowed the seeds of the commodity price drop, since dramatically higher prices have encouraged a lot of new commodity production at the same time that expensive prices have curbed demand. This is not an economic contraction we’re seeing, its a market correction.
Rather than fret over “weak” commodity prices, we should be rejoicing that oil prices are well off their highs and gasoline prices are declining.