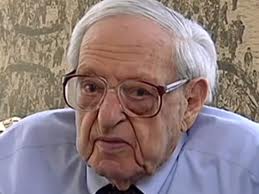 No two recoveries are alike. When I came to Wall Street in 1928, I thought the market was crazy. It hit the brakes in ’29. You have to be careful to distinguish between one recovery and the other. You stick to value, to Benjamin Graham, the man who wrote the bible for the market. It’s a mistake to believe you can do more, I warn you. John Maynard Keynes was one of the most famous economists in history. He was a genius, but he failed as a macro investor. It was hard to believe at the time. But when he became a bottom-up value guy, well, he became very successful. With value investing, you don’t have to bend the truth to accommodate periods with derivatives and manias. Value investing will almost always be right.

I’ve seen a lot of recoveries. I saw crash, recovery, World War II. A lot of economic decline and recovery. What’s different about this time is the huge amount of quote-unquote information. So many people watch financial TV—at bars, in the barber shop. This superfluity of information, all this static in the air.

There’s a huge number of people trading for themselves. You couldn’t do this before 1975, when commissions were fixed by law. It’s a hyperactivity that I never saw in the ’40s, ’50s, and ’60s. A commission used to cost you a hell of a lot; you couldn’t buy and sell the same thing 16 times a day.

You say you feel a recovery? Your feelings don’t count. The economy, the market: They don’t care about your feelings. Leave your feelings out of it. Buy the out-of-favor, the unpopular. Nobody can predict the market. Take that premise to heart and look to invest in dollar bills selling for 50¢. If you’re going to do your own research and investing, think value. Think downside risk. Think total return, with dividends tiding you over. We’re in a period of extraordinarily low rates—be careful with fixed income. Stay away from options. Look for securities to hold for three to five years with downside protection. You hope you’re in a recovery, but you don’t know for certain. The recovery could stall. Protect yourself. — As told to Roben Farzad

Irving Kahn, 105, Reflects on What Keeps Him Young

A great video on Irving Kahn, a Graham & Dodd investor, who is over 105 years old. His secret? His constant search for knowledge and being involved in a changing environment (stock market)  keep him thinking. Perhaps reading this blog will help you too! http://www.youtube.com/watch?v=tQ4bcWFF520. Note that Irving loves investing, and he sleeps with his annual reports.

When Irving Kahn dies, I will be sad. I already got my song picked out—a song for the last value investor http://www.youtube.com/watch?v=wUd_Zglcpyo

Advice From a 105-Year-Old Banker

As markets gyrate wildly, Irving Kahn, who at 105 is perhaps the world’s oldest investment banker, says not to worry—the economic downturn is just a blip.

The stock market is imploding, Europe is on the brink, and, if the doomsayers are to be believed, we could be headed for a double-dip recession.

None of that worries Irving Kahn, perhaps the world’s oldest working investment banker. “There are a lot of opportunities out there, and one shouldn’t complain, unless you don’t have good health,” says Kahn. At 105, he might well be the last man on earth who can speak authoritatively on both longevity and making money amid a historic market meltdown. In 1928, at the age of 23, he went to work on Wall Street as a stock analyst and brokerage clerk. By the tail end of the Great Depression, in 1939, he’d made enough money in the market to move his wife and two children out of public housing and into their own house in the suburbs.

Kahn is still in the game, waking every morning at 7 and going to work as chairman of Kahn Brothers, the small family investment firm he founded in 1978. Until a few years ago, he took the bus or walked the 20 blocks from his Upper East Side home to his midtown office. “For a 105-year-old guy, it’s pretty remarkable,” says Thomas Kahn, Irving’s 68-year-old son and the company’s president. “I get tired just thinking about it.”

Perhaps his closest rival for the title of oldest person working in the securities industry was the financier Roy Neuberger, who passed away in 2010 at the age of 107. But Neuberger had retired at 99. Two of Kahn’s older sons, both in their mid-70s, have likewise retired.

Small and gnomish, Kahn counsels patience in hard times as he holds forth on market distortions and the roots of economic unrest, which he pins on “a bunch of gamblers going crazy on the floor of the exchange.” “Wall Street,” he adds, “has always been a very poor judge of value.”

“This may surprise you, but there were a large number of valuable buys during the Depression.”

The depths of the Depression turned out to be a useful time to learn that lesson. At Columbia Business School, Kahn served as an assistant to economist Benjamin Graham, the value-investing guru whose principles of caution and defensive investing inspired a cadre of disciples that includes Warren Buffett. It’s an investment strategy born of the beating Graham had taken in ’29, and Kahn adopted it as his own. “I stopped wasting time on what people claimed a stock was worth and started looking at the numbers,” he says. “This may surprise you, but there were a large number of valuable buys during the Depression.”

Irving Kahn, chairman of Kahn Brothers & Co., is one of the oldest financial analysts on Wall Street, Kurz / Redux

Then and now, he says, the smart money was on companies with sound fundamentals. “You always had a long list of what I’d call legitimate businesses,” he says—the ones that produced food, clothing, and other essentials. “Everybody still wanted a clean shirt. They wanted to buy Procter & Gamble.” A science buff, Kahn also grew adept at spotting the long-term potential of emerging technologies and new industries. In the 1930s, that meant radio and movies, both of which boomed despite the downturn. Today he’s apt to talk up environmental and energy startups. “You have to have a certain amount of cultural interest in technology to be early in the field,” he says.

Life for a Depression-era Wall Streeter was markedly frugal by current standards: Kahn and his wife, Ruth, enjoyed a penthouse apartment in public housing—the Knickerbocker Village complex on Manhattan’s Lower East Side. “My kids were brought up as if they had a wealthy father, which they didn’t.” He’d walk home for lunch, to save money on restaurants. Kahn’s fortunes improved as the Depression wore on: by 1939 he was doing well enough to buy a house in Belle Harbor, Queens, and he later prospered as the director of several companies, including the Grand Union supermarket chain.

But his habits have remained exceedingly modest. “Irving’s a funny guy,” Thomas Kahn says. “He doesn’t play golf, there’s no weekend house, no country-club membership.” For years he ate the same dish—chopped steak, rare—at the same time-worn French restaurant, Le Veau d’Or, on the Upper East Side. He traveled only reluctantly, at the urging of his wife, and would haul stacks of annual reports to read on Caribbean vacations. Ruth died in 1996, after 65 years of marriage, and Wall Street became his main companion. “I couldn’t find another person or occupation that had as much interest for me as economics,” he says.

For the past several years, Kahn’s longevity has been the subject of scientific inquiry: he’s participating in a study of centenarians at the Albert Einstein College of Medicine in the Bronx, by geneticist Nir Barzilai. Barzilai hypothesizes that Kahn’s extraordinarily high amounts of “good” HDL cholesterol are exerting some protective effect, warding off age-related infirmities. It just might be luck, a genetic gift that he shares with two centenarian siblings, including an older sister of 109 and a younger brother of 101.

Thomas Kahn seems convinced that the market itself is keeping his father alive. Indeed, watching indexes gyrate offers the elder Kahn endless diversion. “I get a kick out of seeing who’s going to come out ahead in this race,” he says.

This is one of the gifts of age, scientists say—the ability to focus on the bright side of things, a talent that Kahn displays in abundance. If you can believe him, happy days will be here again.

“I’m a great bull on American democracy,” he says. “If you give me a long leash on this dog, I can hold him at bay.”

If this downturn culminates in an actual depression, says Kahn, it will end more quickly than the one he endured as a young man, because technology will somehow turn the economy around. “Sometimes favorable surprises come out of the blue.”