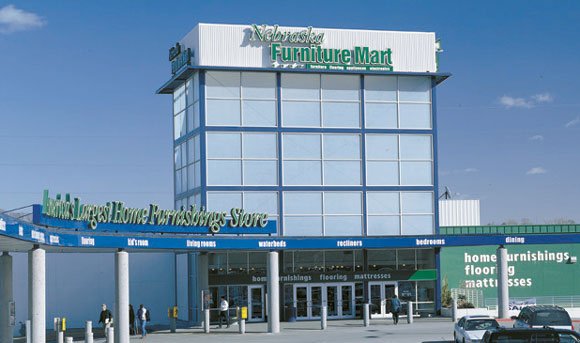 Warren Buffett cites Rose Blumkin as a formidable manager – he calls her an ‘800-pound gorilla’. Rose Blumkin, or Mrs B. ran a lean and highly admired operation at Nebraska Furniture Mart, one of the nation’s largest and most successful furniture stores. She was motivated by the simple but powerful motto, “Sell cheap and tell the truth”. This created an iron reputation for Mrs B. and her products, and generated for her a loyal following of customers.

Readers’ comments below on this case:

Nebraska Furniture Mart. It was/is not a franchise (no pricing power, nor the ability to replicate its unit economics), but its management had a relentless focus on being the low-cost leader, the size of its 3 stores provided some scale to the overhead and it has a high regional market share. Management knew what is was good at and able to achieve, and did not try to stretch for something great.

John Chew: I think Buffett uses Ms. Blumkin as an example of someone who knows what she know and does not know. She always stayed within her circle of competence. She knew carpets. Through relentless focus on costs and bargains her store(s) became mini monopolies within their region. She developed regional economies of scale (Competition Demystified)

Essentially, that’s a $61M valuation, and so he paid about 41 times earnings.

I would imagine that there must have been a reason he paid that “high” a multiple – either the earnings were temporarily depressed, departed from cash flow for some reason, or he saw the ability to expand into more locations as the future earnings driver. I’m guessing that this wasn’t the multiple he was willing to pay in general, but rather had some kind of vision for the future as to why the earnings would grow significantly.

WEB bought it in 1983. Rose Blumkin and her family are exceptional competitors and very good business people. According to the letter, “They buy brilliantly, they operate at expense ratios competitors don’t even dream about, and they then pass on to their customers much of the savings.” Low cost advantage. To top things, they sold more volume of furniture, carpets, and appliances than all other Omaha retailers combined. Large market share, and profitability = competitive advantage indication (Competition Demystified)

WEB says he tries to imagine how to compete against the business he’s thinking of buying, and he wouldn’t want to go up against Mrs. B.

I’ll take a shot! Here are the following might throw some light!

1. They owned the land & store outright at very low-cost(won’t show up in conventional accounting)
2. Invested capital is very low, most of the money invested is inventory, it must have been matched with receivables. Volume is huge, so inventory turn over must be high.
3. It was the only store with that kind of scale in around many hundred miles radius(if not thousands). He must have thought with that kind of specific advantage, they could achieve good ROIC if they increase the sales little bit..Additional investment is lower due to the volume of the business.
4. Obvious inclination towards management ability/integrity.

Should those be counted? As long as he isn’t liquidating the inventory, the only source of cash return (the source of value) that I like to buy is the excess cash that the business generates.

This is also why I haven’t been as big of a fan of pure balance sheet based “net-nets.” Yeah, a company can be attractive when compared to liquidation value with no operational value, however unless there is a credible threat/reality that the cash will be distributed, it will only keep falling. When I used to bet on those, I was counting on the markets to revert to the liquidation value so that I could exit my position. Ideally, I’m buying securities for which I don’t need a market exit, because the cash distribution will make it worthwhile. I think that may lead into why a lot of great value investors, like Seth Klarman, are so much more active in the debt markets – because debt has a natural catalyst for the realization of value.

I read the book you mentioned, The Davis Dynasty, and he was fanatical about cost control too. In another reading (I can’t recall the source), there was a description of a business owner who had a building that he operated out of and was known as being very frugal. Well, it came time to repainting his building’s exterior, and as usual, he remained frugal. Instead of painting the entire thing, he only had the front of the building painted, because it was the only portion customers saw.

I’m not sure where I stand on being *that* frugal yet, largely because decisions like that will fall under the responsibility of others at any decently large business. Do we micromanage their duties, because maybe they aren’t that frugal in their own life, or do we let them spend more money to paint all 4 sides of the building, even though there isn’t any added value? Who would enjoy being micro managed?

I think either route can work, so maybe it’s about execution. Buffett never sells a business, whereas White Mountain Insurance will sell the entire company at the right price. They both have really good businesses that have compounded capital at impressive rates, despite doing it in different ways. I’m still learning a lot about business/investing, but I think we’ll often come to many decisions like this, whether we micromanage for frugality, etc., and I’m almost seeing that either model can work if handled properly.

What do others think?