Plosser also warned that QE3 “could be highly inflationary.” http://www.philadelphiafed.org/about-the-fed/senior-executives/plosser/ “I don’t think it would occur immediately,” he said. “Inflation is going to occur when excess reserves of this huge balance sheet begin to flow outside into the real economy.  I can’t tell you when that’s going to happen.”

Bernanke and other Fed officials say that the Fed will be able to contain the outflow of reserves into the economy and thereby limit wage-price pressures by raising the rate of interest it pays on excess reserves.  But Plosser said the  interest rates on excess reserves (“IOER”) and reserve draining tools cannot be relied upon.

“How fast will we have to do that (raise the(IOER)?” he asked.  “How rapid will it have to go up? We don’t have a clue.   Raising the IOER where you have a trillion and half or two trillion dollars in reserves, we have absolutely zero experience with it.”

“We have the tools to do it, but we don’t know the consequences of the tools,” Plosser said. “If the IOER doesn’t work and we have to sell assets, MBS, how will that affect housing?” he asked. “Will we be able to unwind from this at a pace that doesn’t disrupt the economy?”

The Fed’s problem: If those funds start to move out of excess reserves and into the economy rapidly, the Fed will have to take counter measures, such as boosting interest rates on excess reserves (IOER) or liquidating some of their mortgage-backed securities. Plosser is entirely correct, no one knows how high interest rates will have to be raised to stop the flow into the economy. It could very well end up a tiger by the tail situation, the higher the Fed boosts rates, the higher nominal rates climb (Sort of the reverse of what is going on now.

You as an investor need to watch to see if the Fed’s new money printing of $40 billion per month ends up in the system (through bank loans) or as excess reserves. Further, excess reserves themselves have to be monitored to see if any of those funds start to enter the system. In other words, if any increases in required reserves occur, it could result in an Artificial boom to the stock market and economy, but also be price inflationary.

Several Commentaries on the Fed’s Actions

The Fed has committed to open-ended expansion of dollars to suppress interest rates. Now it is suppressing the interest rates, muscling the yield curve, and allocating credit. And it is in the business of price control. Price controls have never worked.  Read more: TheWhysAndWhereforesOfQE3_GRANTS

At the very start of the “Reagan revolution,” David Stockman exposed the myth that Ronald Reagan and the modern Republican Party are dedicated to small government.

Since writing The Triumph of Politics he says he has “completed his homework” by reading libertarian economists such as Ludwig von Mises, Friedrich Hayek, and Murray Rothbard. He thinks TARP was a big-government boondoggle and the bailouts of GM and Chrysler unconscionable. Stimulus spending is a hoax. He sees the abandonment of the gold standard in favor of floating exchange rates as the root cause of both the country’s fiscal problems and the 2008 financial crisis. He says that Rep. Ron Paul (R-Texas) is the only politician today “who gets it” and he’s hopeful that Paul’s growing power may begin to shed light on “the scholastic arrogance” of the Federal Reserve. He’s still against the welfare-warfare state and he thinks government should be cut down to size.

Stockman, “The Bernanke doesn’t have a clue as to why our economy has been failing. The reason it has failed, 130 million payroll jobs today is the same as 1999. So after 13 years of serial booms and busts we haven’t added one job! It has offered free money to Wall Street over and over. A massive speculation.  These actions will bring the chaos of booms and busts.

We need a fundamental change of policy. Extract the Fed from the group of WS. Special interests who provide windfall gains to a small circle of cronies while the rest of the middle class and poor struggle with the mess that we have.

A lecture by David Stockman on Sound Money: http://youtu.be/CAkdB-2qFHY  (65 minutes). Stockman quote: “Two party free lunch competition” He hits the insiders of both the Republican and Democratic parties equally hard. Another dissertation on crony capitalism. 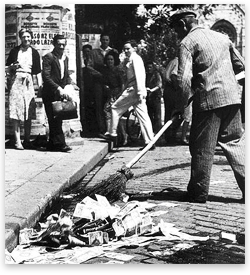