Only Barron’s semiannual Big Money poll of professional investors also is setting a record — for bullishness, that is. In our latest survey, 74% of money managers identify themselves as bullish or very bullish about the prospects for U.S. stocks — an all-time high for Big Money, going back more than 20 years. What’s more, about a third of managers expect the Dow Jones industrials to scale the 16,000 level by the middle of next year, notwithstanding a dismal week of selling that left the blue-chip index at 14,547.51 on Friday.

This spring’s survey is notable, as well, for the dearth of bears: A mere 7% of respondents are pessimists today, down from 27% last fall. 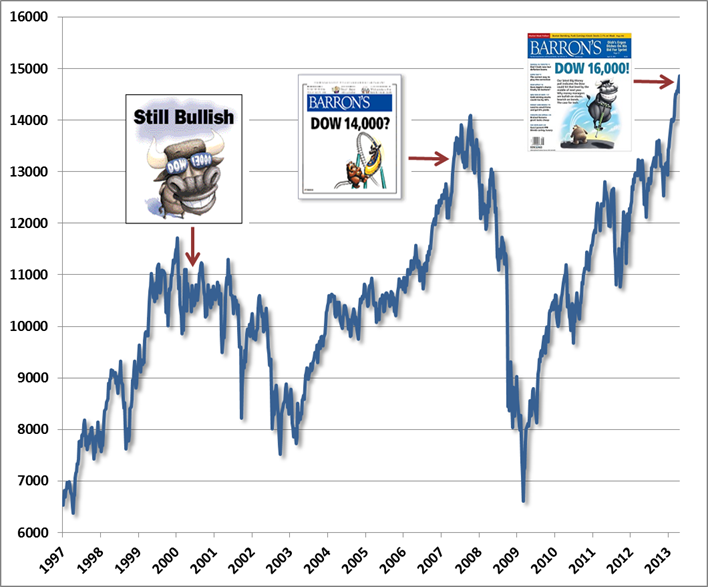 This entry was posted in Risk Management and tagged Dow 16000, hussman funds, Sentiment. Bookmark the permalink.