Can the Piotroski F Score Improve Your Investment Strategy?

We will be looking at accounting metrics to screen out value traps, so I thought some may wish to read: Can-the-piotroski-f-score-also-improve-your-investment-strategy

As an example, if you want to invest with more (RELATIVE) safety in the cyclical oil service business, you would want a company like this: RPC Inc (RES)

Note balance sheet and good operating metrics.  It doesn’t mean that RPC, Inc. can’t go materially lower in price, just that the company has a high probability of surviving through this down cycle compared to competitors.

A Bear and a Value Investor Throw in the Towel 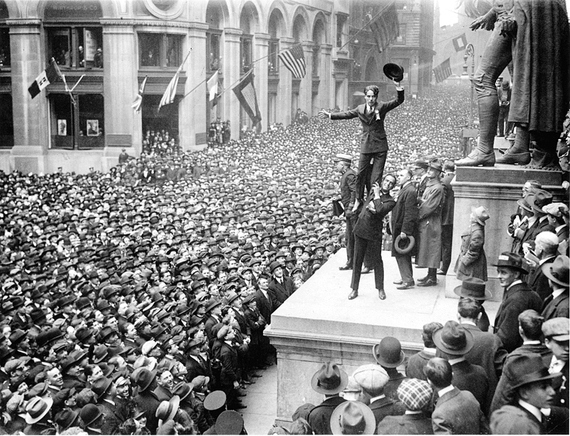 “Bull could run 5 more years, carry S&P 500 close to 3,000” only seemed interesting because the forecast sounded a bit extreme. We quickly scanned the headline, thinking that whoever was making this assertion surely hadn’t breathed a word about this when the SPX traded at just below 670 points in March of 2009. Such wildly bullish forecasts are strictly a function of SPX 2000 in our opinion, on a par with the “Dow 36,000” forecast, which gained some notoriety in the late 90s. One of the reasons behind the SPX 3000 forecast mentioned in the article did amuse us greatly though, namely the following:

“They cite extensive deleveraging in the U.S. as well as the uneven global recovery among other reasons why “this could prove to be the longest U.S. expansion – ever.” 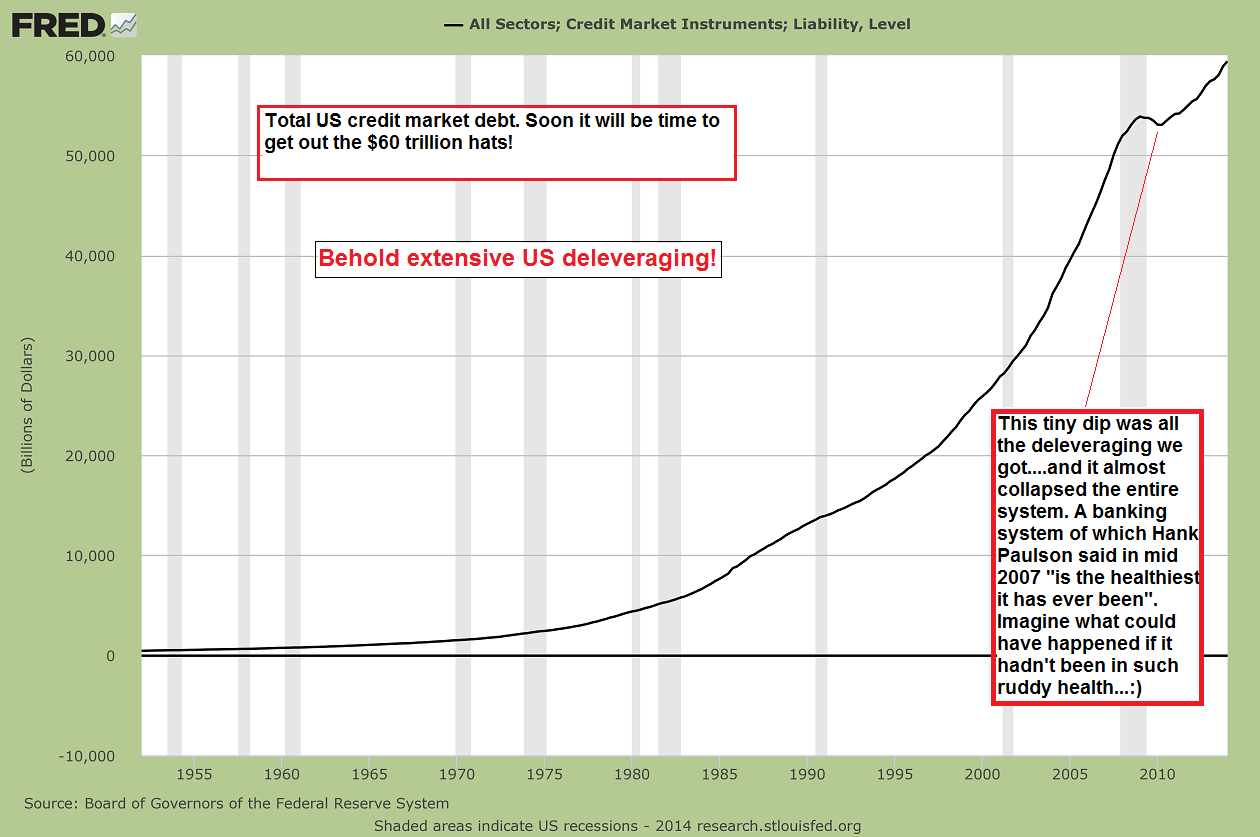 Andrew Cunagin, the founder of Rinehart Capital Partners LLC, a hedge fund backed by hedge-fund veteran Lee Ainslie and specialized in emerging-markets stock-picking, and who as the Wall Street Journal reported earlier, is closing. The closure is not news: what Cunagin blames the closure on, however, is.

“This is a circus market rigged by HFT and other algorithmic traders who prey on the rational behavior of warm-blooded investors,” Mr. Cunagin wrote, referring to the high-speed traders who have attracted wide attention this year for the alleged advantages they hold over more traditional investors.

Mr. Cunagin, 43, said in an interview from Cape Town, South Africa, where he was scouting potential future investments, that there was “clear evidence of penetration” by high-frequency traders in the stock markets of South Korea and Mexico, among other areas.

“You can see the evidence of dark pool trading…you’ll see half the day’s trading volume occur in the last seconds of trading,” he said. “There’s just evidence that this is not a level playing field.”

In his late-August letter, Mr. Cunagin criticized the “dash for trash” among other traders, including exchange-traded funds, that “puts to shame even the most speculative excesses of the dot.com era.” He said those factors, along with the impact of high-frequency trading, contributed to his fund’s recent poor performance.

Rinehart launched in August 2007, just two months before many emerging markets hit their precrisis peaks. The fund lost 12% in 2008, outperforming most funds during a dramatic pullback for emerging markets world-wide, and made money in the subsequent three years. More recently, however, it struggled, posting losses of 7% in 2012, 15% in 2013 and 4% through midyear this year.

So is this just sour grapes as yet another trader “fought the Fed”, and lost due to two minor disadvantages: a limited balance sheet, and being forced to stay liquid longer than the central planners can stay irrational?

Perhaps, he does however, make a point: “The frustrating thing is that this is precisely the time when you shouldn’t be giving up,” Mr. Rinehart said in the interview. “Anyone who shorted the ‘dot coms’ in the 90s had bad performance, and those ended up being the trades of the decade.”

The flipside is that everyone else who went long the dot coms felt richer and richer, if only on paper, and invest more and more cash into the clear bubble until they too lost everything in the end. But such is the poetic justice of the, rigged or otherwise, market: first it wipes out all the shorts, then it drags everyone on the long side, and then it goes bidless and wipes out the longs.

Some other excerpts from Cunagin’s letter, courtesy of the WSJ’s Money Beat blog:

The dislocation of returns from traditional vehicles of wealth creation and protection has created a violent rip tide of fund flows from conservative segments of the risk spectrum to the most speculative, giving rise to another, more dangerous bubble. With yields ZIRPed and alpha dead, beta and the ethereal pursuit of “market-” and theme-driven (social media, bio-tech, Chinese internet) returns have become the only game in town, with central banks as the arbiter. Post-2008 monetary policies have rewarded the beta investor who’s gone “all in” on market risk and themes, while punishing harshly the market-neutral, alpha investor who discounts allocations on the basis of value. New paradigms have emerged as a result, defined by binary outcomes of risk-on/risk-off, taper-on/taper-off, win big/lose big. With new innovations of beta-engineering—instruments such as E-minis, QQQ, dollar-yen carry trade—investors are pursuing en masse too little reward in exchange for too much risk. As one commentator put it recently, “the market has become a roulette table, with dimes on black and dynamite on red.”

Just as in previous boom-bust cycles, the seeds of destruction are sewn in the illusion of trend masquerading as truth, with momentum seeming to validate a widening gap between perception and economic reality. And just as in past cycles, the manager who doesn’t subscribe to the new rules, who goes against the grain of convention is viewed as out of touch or left behind.

If there’s an expression that’s come to capture the zeitgeist of the QE era, it is the notion of what is or is not “working” across the asset allocation spectrum. I’ve read reports from equity strategists advising clients to stick with growth themes since “value isn’t working.” Technical analysts assure us that, despite what you’ve been brought up to believe, a strategy of buying high (especially on dips) while selling low is what “works” in this market. I’ve heard from prominent allocators frustrated that “nothing seems to work in emerging markets.” And, most dishearteningly, I’ve heard from Rinehart investors who have rightly observed that, despite steady performance in the past, our strategy is “just not working now.”

The assumption, of course, is that if it’s not working then it’s wrong and if it is working, it’s right. That’s fair enough. As a service provider, we serve at the pleasure of clients, and no manager is ever owed an explanation for being hired or fired. But it’s worth asking, what is it that investors seek? That is, just what is working?

Since the beginning of our fund’s drawdown in early 2012, a Bloomberg index of the “Worst Balance Sheet” companies of the S&P500 has returned to-date over +30% on an annualized basis. An MSCI index of the “Most-Shorted” companies of the Russell 3000—a proxy for the visibility of bad valuations, bad managements, and bad fundamentals—has also returned over +30% annualized. These perversions are even more pronounced within EMs, exacerbated by record fund outflows in the first half of 2014, exceeding even those of the 2008 crisis. This dash for trash puts to shame even the speculative excesses of the dot.com era. This is a circus market rigged by HFT and other algorithmic traders who prey on the rational behavior of warm-blooded investors. They only serve to further undermine the integrity of public markets, which will ultimately bring about their rationalization. Nonetheless, it’s an internal dynamic to which we are uniquely levered, by design, as an alpha strategy. One thing is certain, managers whose strategies are working may be bright and well-informed with advanced metrics on which they make investment decisions, but a reasonable assessment of value is not among them. Do previous cycles not bear asking, what other measure is there?

Update on Sept. 11, 2014: Another bear throws in the towel for not being BULISH enough

HAVE A HAPPY WEEKEND!