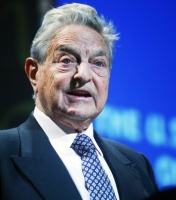 2 responses to “Soros on the 2008 Crisis and Reflexivity (History)”