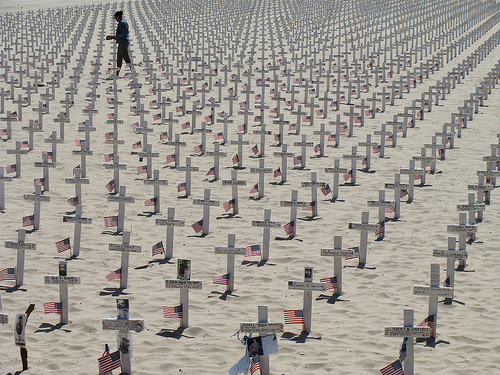 Last post on Chapter 4 in Quantitative Value: http://csinvesting.org/?p=10730 . Let’s get back to our course on Deep Value.

Let’s go back to DEEP VALUE, Chapter 5: A Clockwork Market: Mean reversion and the Wheel of Fortune.

As a value investor you are doing either:

Therefore the concept of Regression to the Mean is powerful.  By putting the words, “Many shall be restored that now are fallend and many shall fall that now are in honor” on the facing page of Security Analysis, Graham gave the most prominent position in his seminal text to the idea that Fortuna’s wheel turns too for securities, lowering those that have risen and lifting those that have fallen.  The line, from Horace’s Ars Poetica, echoes the phrase spoken by the wise men of legend who boiled down the history of mortal affairs into the four words, “This too will pass.”  This is regression toward the mean. (p. 79).

The more extreme the initial price movement, the greater will be the subsequent adjustment in the opposite direction. There tends to be a price trend before reversal. The reasons are manifold, but the most obvious is that the trials aren’t independent—our own trading decisions are affected by the buying or selling preceding our trade.

https://www.marxists.org/reference/subject/economics/keynes/general-theory/ch12.htm or John Maynard Keynes and his life as an investor, Keynes as an investor

Two economists known for research into both market behavior and individual decision-making, Werner De Bondt and Richard Thaler, theorized that it is this overreaction to meaningless price movements that creates the conditions for mean reversion. Note page 800 in the link Does Stock Market Overreact—  the loser and winner portfolios.  Losers win out.

In a second study, Further Evidence of Inv Overreaction Thaler, Thaler and De Bondt revisited the research from a new perspective.  They hypothesized that the mean reversion they obserbed in stock prices in the first study might have been caused by investors focusing too much on the short-term. this fixation on the recent past and failure to look beyond the immediate future would cause investors to miscalculate future earnings by failing to account for mean reversion.  If earnings were also mean reversing, then extreme stock price increases and decreases might, paradoxically, be predictive of mean-reversion not just in stock prices, but in earnings too.  A stock price that has fallen a great deal becomes a good candidate for subsequent earnings growth, a vice versa for a stock price that has gone up a lot.  As you can see from the two research reports that the undervalued portfolio delivered better earnings and price performance.

The above research stand the conventional wisdom on its head and show compelling evidence for mean reversion in stocks in a variety of forms.

Buffett_on_1999_Stock_Market_-_Fortune_Article & 2008 Market Call and a MUST READ: A Study of Market History through Graham Babson Buffett and Others

The evidence is that valuation, rather than economic growth, determines investment returns at the market and country level. Research suggests that chasing growth economies is akin to chasing overvalued stocks, and generates disappointing results. See

WHEN investors pick the countries they want to back, they tend to be guided by economic growth prospects. The faster an economy grows, they reason, the faster corporate profits will grow in the country concerned, and thus the higher the returns investors will achieve.

Alas, this is not the case. Work done by Elroy Dimson, Paul Marsh and Mike Staunton at the London Business School established this back in 2005. Over the 17 countries they studied, going back to 1900, there was actually a negative correlation between investment returns and growth in GDP per capita, the best measure of how rich people are getting.  In a second test, they took the five-year growth rates of the economies and divided them into quintiles. The quintle of countries with the highest growth rate over the previous five years, produced average returns over the following year of 6%; those in the slowest-growing quintile produced returns of 12%. In a third test, they looked at the countries and found no statistical link between one year’s GDP growth rate and the next year’s investment returns.

Why might this be? One likely explanation is that growth countries are like growth stocks; their potential is recognised and the price of their equities is bid up to stratospheric levels. The second is that a stockmarket does not precisely represent a country’s economy – it excludes unquoted companies and includes the foreign subsidiaries of domestic businesses. The third factor may be that growth is siphoned off by insiders – executives and the like – at the expense of shareholders.

Paul Marson, the chief investment officer of Lombard Odier, has extended this research to emerging markets. He found no correlation between GDP growth and stockmarket returns in developing countries over the period 1976-2005. A classic example is China; average nominal GDP growth since 1993 has been 15.6%, the compound stockmarket return over the same period has been minus 3.3%. In stodgy old Britain, nominal GDP growth has averaged just 4.9%, but investment returns have been 6.1% per annum, more than nine percentage points ahead of booming China.

What does work? Over the long run (but not the short), it is valuation; the higher the starting price-earnings ratio when you buy a market, the lower the return over the next 10 years. That is why buying shares back in 1999 and 2000 has provided to be such a bad deal.

Why does high growth seem to depress stock market returns and low growth seem to generate high stock market returns?  The market ALREADY recognizes the high growth nation’s potential, and bids the price of its equities too high. Market participants become overly optimistic during periods of high growth, driving up the prices of stocks and lowering long term returns, and become too pessimistic during busts, selling down stocks and creating e conditions for high long-term returns.  More research on that here:

I will finish this chapter in the next post. If you do not have DEEP VALUE or Quantitative Value, then join the deep value group found here: http://csinvesting.org/2015/01/14/deep-value-group-at-google/ and I will send.

If you only understand one concept besides Margin of Safety in investing then let it be Reversion to the Mean.