The Little Newsletter That Crushed the Market

The Prudent Speculator has more than tripled the broad stock market since 1980. What’s its secret?

It pays to have nerves of steel.

That’s the most important lesson to emerge from the Prudent Speculator’s position as one of this country’s most successful investment newsletters of the past four decades.

The advisory service, which celebrates its 40th birthday March 10, has pursued a riskier strategy than almost all other newsletters—far riskier than many investors can tolerate. But those who could and did were richly rewarded. Its advice has made more money over the past 40 years than any of the nearly 200 other services monitored by the Hulbert Financial Digest.

Since mid-1980, when we began monitoring the investment newsletter industry, through the end of January, the Prudent Speculator’s model portfolios on average produced a 16,937% gain, versus 4,952% for buying and holding the broad stock market (as measured by the Wilshire 5000 index).

That’s equivalent to the difference between 15.1% and 11.3%, annualized. (These performance numbers assume all model-portfolio transactions were executed on the day a subscriber would have been able to act on the newsletter’s advice; dividends and transaction costs, but not taxes, were taken into account.) To put this into perspective, consider that the best-performing U.S. equity mutual fund over this same period produced an annualized return of 13.6%, or 1.5 percentage points per year less than the Prudent Speculator. (The fund, according to Thomson Reuters Lipper, was Waddell & Reed Advisors Science &amp; Technology [ticker: UNSCX]).

The Prudent Speculator newsletter, which was founded in March 1977 by Al Frank and is based in Aliso Viejo, Calif., was initially named the Pinchpenny Speculator. Frank had become interested in investing several years earlier while working toward his Ph.D. in educational philosophy at the University of California, Los Angeles. He started the newsletter in part to report on the performance of his personal portfolio. From the start, his strategy was to purchase undervalued stocks and hold them through for the very long term. The newsletter’s current yearly subscription rate is $295.

In the 1990s, Frank—who died in 2002—began handing the newsletter over to an associate, John Buckingham, now 51, who had been with the firm since 1987. The transition to Buckingham has been unusually successful; the norm in the newsletter business is for services to either languish or close down completely upon the death of their founders. Not in this case. On a risk-adjusted basis, the newsletter’s model portfolios have performed even better over the past two decades than in the first two.

What’s the secret to the newsletter’s success?

It’s definitely not market timing, since it has actively argued against market timing throughout its history. Most commentators assume that the newsletter must owe its success to superior stock selection. But though the newsletter’s stock-picking has been commendable, many other advisors favor stocks with similar characteristics.

Recent examples of the newsletter’s picks include Zimmer Biomet Holdings (ZBH),Williams-Sonoma (WSM), Nike (NKE), Schlumberger (SLB), and Digital Realty Trust (DLR). In an interview, Buckingham insisted that he pursues value wherever he can find it. But my computer’s statistical software shows that the newsletter’s recommended stocks tilt to the value end of the value-versus-growth spectrum and the quality end of the so-called quality-versus-junk spectrum, and tend to have smaller market values than the components of broad market averages such as the Standard & Poor’s 500 index.

If neither market timing nor stock selection is the key to the Prudent Speculator’s outstanding long-term record, what is? In my opinion, it’s those nerves of steel I referred to above.

Almost all other advisors who recommend smaller-cap, higher-quality value stocks are unwilling to hold them through thick and thin. Though these value-oriented advisers have longer holding periods than most others, their average currently is 18 months. The average holding period of the Prudent Speculator’s currently held stocks, by contrast, is four years. And there have been many times during the newsletter’s history when its average holding period was even longer than four years. Its current holding period is this short because the market’s extraordinary strength has propelled many of its previously recommended stocks above their target prices.

By selling out too early, Buckingham told Barron’s, other advisors find themselves with either one or two strikes against them. The first strike applies even if those advisors immediately reinvest the proceeds of their premature sales in other undervalued stocks: They still leave too much money on the table, since

The second strike is when advisors go to cash after selling. These advisors often end up bailing out of stocks near the bottom of bear markets. Because it almost always takes them a long time to get back into equities after the market begins to recover, they enjoy only some of the market’s recovery after suffering the bulk of its decline—and therefore lag the market over the long term.

By not deviating from its commitments to equities, the Prudent Speculator sidesteps both of these strikes.

Consider Frank’s reaction to the 1987 crash—the biggest one-day drop in U.S. stock-market history, during which Frank’s model portfolio lost nearly 60%. Far from cashing in his chips and going home, as most of us would have been tempted to do in the wake of a one-day loss that big, Frank said he saw no reason to alter the basics of his long-term strategy.

Similarly, consider Buckingham’s advice to clients on March 9, 2009, the day that turned out to be the bottom of the 2007-09 bear market—though of course no one at that time could have known that. Buckingham’s average model portfolio was sitting with a loss of more than 60% since the 2007 high, and yet his message to clients that day—as it had been every other day during that bear market—was that “our long-term enthusiasm [for stocks] remains intact.”

Many investors no doubt find it boring to remain fully invested to stocks through thick and thin and to hold stocks for many years. In fact, Buckingham says, one of the most challenging parts of his job as newsletter editor is continually finding new and interesting ways of saying the same thing: Remain focused on the long term with patience and discipline.

Easier said than done–90% of investing is character.

Note: He leans toward smaller (more apt to be mispriced) stocks, value more than growth (so he faces lest risk of overpaying for growth), quality over junk (so less chance of bankruptcy risk), and then allows AT LEAST four years for value to come out or be recognized.   His edge is his patient, long-term perspective.

SEARCH STRATEGY: The Chicken Hawk and the Turkey Vulture

There was a turkey vulture 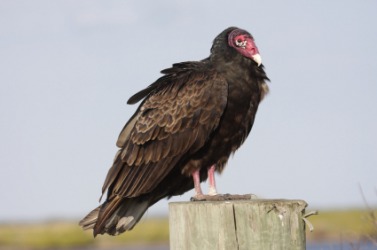 and a chicken hawk 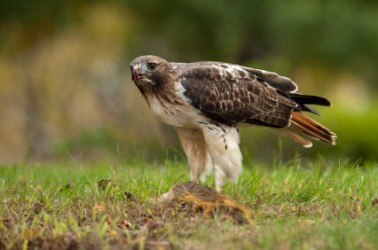 sitting in a tree looking down on a chicken coop. Chicken hawk turns to the his right and says to the ole turkey vulture, “I am hungry today, let’s gets us some chickens. What you say?” The turkey vulture turned his head all the way round, looked down at the chicken hawk and said, “The Lord will provide!”

The chicken hawk flapped his wings once and then said, “Yes, but dems chickens are just waitin’ to be ate. Let’s go, let’s go.”  The turkey vulture just looked down again at the chicken hawk, turned his head all the way round and said, “The Lord will provide.”

“You jes set on dis branch, ole turkey vulture, but I’m going to get dems chickens,” squawked the chicken hawk. The turkey vulture turned his head all the way round and said, “The Lord will provide.”

The chicken hawk flew right from the branch and snatched up a little chickadee and then…….BLAM! That farmer’s shotgun blew the chicken hawk all to Hell. Feathers and guts all over.

The turkey vulture turned his head all the way round, looked down at the dead chicken hawk and then turned up at the sky, “Thank the Lord!” 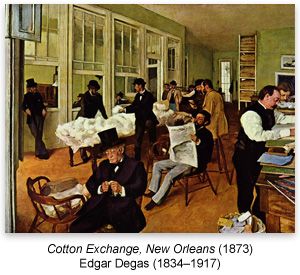