Mathematical Prediction of the Market and More…. 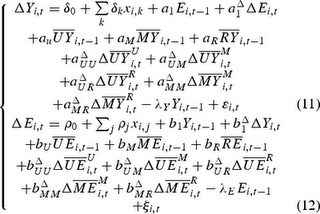 Having trouble understanding what I am illustrating, then go here:

My perfect mathematical proofs on where the market will be in eighteen months.

What, are you ignorant? http://youtu.be/OUvKIubY6OY?t=1m40s

Major Debt will be defaulted on:  http://www.economicpolicyjournal.com/2012/09/major-insider-vast-majority-of-global.html

Furthermore, producers of final goods can also exchange them for various other goods such as tools and machinery in order to expand and enhance the existent infrastructure, which will permit an expansion of final consumer goods that promotes people’s lives and well-being.

The Bernanke-Woodford plan, which is based on relentless monetary pumping, will lead to a weakening of the economy’s ability to generate final goods and services in line with consumers’ preferences. This will diminish rather than strengthen effective demand for goods and services. Read more: https://mises.org/daily/6200/QE3-Sowing-the-Wind

Learn how to negotiate: http://youtu.be/xT5iqTgypVs (Please, women and children, ignore this clip).

Reader’s Question: What is it like to write a blog?

“Your goal as an investor should simply be to purchase, at a rational price, a part interest in an easily understandable business whose earnings are virtually certain to be materially higher five, ten and twenty years from now. Over time, you will find only a few companies that meet these standards – so when you see one that qualifies, you should buy a meaningful amount of stock. You must also resist the temptation to stray from your guidelines: If you aren’t willing to own a stock for ten years, don’t even think about owning it for ten minutes. Put together a portfolio of companies whose aggregate earnings march upward over the years, and so also will the portfolio’s market value.” –Warren Buffett

To the Austrians, economics is not a tool of social control, it’s a framework for helping us understand humanity, its history, and our plight in the world”–Peter Boettke

Accounting and Financial Metrics of Industries

Learn more about accounting and a good source of industry metrics (please don’t share my secrets!)http://mgt.gatech.edu/fac_research/centers_initiatives/finlab/index.html

Heilbroner, a socialist, admits socialism is a total failure: http://reason.com/archives/2005/01/21/the-man-who-told-the-truth

Game over for text-book publishers

http://www.scribd.com/doc/78448120/Warren-Buffett%E2%80%99s-1995-GEICO-acquisition. There is something important missing in this valuation. Can anyone point it out?

Is America’s Debt a Problem?

Klarman and the Importance of History

A generous reader shared this: Interesting comments from Charlie479 on AMZN (from VIC). Another example of an investor who thinks strategically and like a business person.

charlie479   12/20/11 11:25 PM AMZN one of the best companies I forgot to say that I chuckled thinking about the analyst making the “I want to buy Amazon at 100x earnings” pitch. I suppose that doesn’t necessarily make it mispriced but the earnings power is certainly higher than current GAAP net income. I think they could easily raise their prices by $0.63 per each $25 order (not exactly the same thing, but if Super Saver shipping was $0.63 instead of free, would that really change shopper behavior?). If they managed the business to maximize current profits like this, that $0.63 increase per $25 would double earnings. If sales grow like they did the past 12 months then suddenly the multiple isn’t looking so crazy. I’m not saying this makes AMZN one of the top half dozen stock investments in the world but the p/e might not be awful if your thesis is right.

I’ve occasionally wondered if someone could beat Amazon if they had $80 billion. I don’t think they could take over the #1 spot but I do think they could become competitive in a lot of areas. I would probably use the $80 billion to start several category-specific internet retailers, develop a large selection within that category, and drive turnover by capturing mind share as the expert in that category and as the lowest price seller, initially at losses. This is more or less the Amazon playbook, and companies like Diapers.com (before being bought), Newegg, and Blue Nile have managed to carve out niches. I bet there will be more. I think if VCs or public markets are willing to lose enough money for awhile, it isn’t that hard to replicate the warehouse network and other logistical moats.

Another reason to temper the who-needs-another-pipeline thought I posed in the previous comment is that consumers sometimes choose retailers for reasons other than price and selection. Certain bricks and mortar retailers will always have an advantage in terms of convenience (e.g. convenience stores, insightful eh?). And customers like to touch and try on certain products, like clothes, so I don’t see Amazon getting anything close to 50% share in those categories. Freshness matters, too, so it’s not clear grocery can be effectively penetrated by Amazon, and I bet that is a large portion of the Global Retail sales denominator. So, perhaps the current internet retail number at 3% is lower than what most people think, but maybe the maximum theoretical internet retail percentage is also lower than what most people think.

I think Amazon is one of the most admirable companies in the world. It has the expense advantages in rent and labor over B&M retailers that you mention, and it has cost advantages over other internet retailers as well. The massive sales volume makes the fixed cost percentages very low, and the inventory turnover in many products is so high that it can accept lower gross margins and still generate higher ROIC than competitors who charge a larger markup. The lower markup attracts more customers and generates more volume, which only reinforces the edge. It is the higher-turn/lower-markup Borsheim’s dynamic that Buffett describes.

The advantages aren’t limited to cost either. The high turnover also allows them to carry a huge number of SKUs at adequate ROIC, so they can offer customers the widest selection in many categories. For certain categories, after I browse Amazon and then Wal-Mart, I’ll come away feeling that Wal-Mart doesn’t have much of a selection. It’s hard to make Wal-Mart look narrow. Amazon is the first/last place many people shop because they know it has the widest selection and it’s likely to have that selection in stock.

Another non-price advantage is that they’re the most trusted internet retailer. I actually think those customer satisfaction ratings might be understating the difference. Their return policy and customer service is great. Even if a product is available from discountworldxyz.com at a slightly cheaper price, I’ll pay more to get it through Amazon because I know it’ll be the product I ordered, or else I’ll be able to return it. Who wants to deal with negotiating shipping costs or return policies with anyone else? I don’t think this is simply Amazon being more generous than discountworldxyz.com. They have the low-cost structure described in paragraph #1 that allows them to accept higher return costs while still generating better ROICs. I also suspect that their extensive review database reduces some of the likelihood of returns.

I think many retailers like Best Buy are at such a severe selection and cost disadvantage (even adjusting for sales tax) that their businesses are in trouble in the long-term. I even worry about beloved Costco. I no longer have no-price-comparison-needed-let’s-just-buy faith when walking down the aisles at Costco because Amazon has better prices frequently enough to make me doubt. More broadly, as someone who is cheering for the Costcos (no financial rooting interest, I just root for them because I admire them), I worry that Amazon will get to such scale one day that it’ll be a more efficient overall system for one UPS guy to drive from the Amazon warehouse and cruise through your neighborhood dropping off everything you and your neighbors need for the week. That might sound crazy but the current system of having you and all your neighbors separately drive SUVs 15-20 minutes to Costco to each walk through the aisles hand-picking and then checking out, doesn’t sound that efficient by comparison. I haven’t read anything about Bezos explicitly saying that’s his endgame but I wouldn’t be surprised if that’s in the 10 year wish list. If they end up with the cheapest and widest pipeline, there might not be much need for other pipelines.