All corporate growth has to funnel through return on equity. The problem with growth companies and growth countries is that they so often outrun the capital with which to grow and must raise more capital. Investors grow rich not on earnings growth, but on growth in earnings per share. There is almost no evidence that faster-growing countries have higher margins. In fact, it is slightly the reverse.  (CHINA!)

For there to be a stable equilibrium, assets, including entire corporations in the stock market, must sell at replacement cost. If they were to sell below that, no one would invest and instead would merely buy assets in the marketplace cheaper than they could build themselves until shortages developed and prices rose, eventually back to replacement cost, at which price a corporation would make a fair return on a new investment, etc.

The history of market returns completely supports this replacement cost view. The fact that growth companies historically have underperformed the market – probably because too much was expected of them and because they were more appealing to clients – was not accepted for decades, but by about the mid-1990s the historical data in favor of “value” stocks began to overwhelm the earlier logically appealing idea that growth should win out. It was clear that “value” or low growth stocks had won for the prior 50 years at least. This was unfortunate because the market’s faulty intuition had made it very easy for value managers or contrarians to outperform. Ah, the good old days! But now the same faulty intuition applies to fast-growing countries. (www.gmo.com  4th qtr. 2012 letter)

Don’t forget to go to www.grahamanddoddesville.com and www.santangelsreview.com for their FREE value investing news emails. I would immediately go on a suicide watch if they ever stopped sending me their great links. SIGN UP! Oh, and visit their blogs as well. Both writers are thoughtful observers of the investment world.

Where Are We Now?  Ebullient

Shall We Dance Now: http://www.hussmanfunds.com/wmc/wmc130211.htm

An Excellent Book on the Trade Cycle (Prepare for the Bernanke Bust to Be….could be a month or years?) Austrian Trade Cycle

Why the real economy is so feeble: An economy built on an illusion is hardly a sound structure

Note what Einhorn says about Apple’s excess cash.  Note also that the junk bond market is ebullient, so as night follows day, expect some buyouts–LBOs or MBOs (Dell). One search strategy might be to find companies with steady free cash flows and strong (underleveraged) balance sheet and wait ahead of the buy out announcements–owning a group of 5 to ten names.

With exclusive brands that help build customer loyalty and a FCF yield that is higher than the median of its peers, Kohl’s could be an attractive buyout candidate for a private equity firm…..The company’s real estate also adds to its appeal…. Kohl: KSS_VL 2013

But I think Coach (COH) is an even better candidate: COH_VL_Feb 2013 with its higher, more consistent returns and excess cash.

Then sit back and ….lobster or the cracked crab?

Growth and value investing are joined at the hip. –Warren Buffett

The one and absolute truth I have learned about investing–and it is the only one–is that long-range success comes not from any simple rule or rules that can be followed by everyone but only from the most rigorous pursuit of disciplines designed to neutralize the emotional pressures that inevitably descent from time to time upon anyone who is responsible for investing other people’s money.

Those disciplines must be self-evolved because we all have different strengths and weaknesses. the things they have in common are (1) defining precisely what we are trying to do; (2) clearly understanding the reasons for the strategy; (3) recognizing in advance what problems will sooner or later accompany the strategy–for there will always be such problems’ and (4) developing the strength to “stay the course” given during troubled times. Successful investing requires constant inquisitiveness about the new and everlasting, open-minded re-examination of the old. The latter process is more difficult than the former. Not many of us are willing and able to accept the tough disciplines that are involved and not many achieve long-term investment success.  –Robert R. Barker, an investor who compounded capital at about a 25% annual rate during the 1950s and 1960s. (1979 Speech)

A Journey to Learn Valuation

I will first focus on how to value growth stocks. There is no promise that we will discover an answer, but we will study the investing greats and their original comments to find our way. Many “great” or famous investors have floundered on the shoals of growth investing. Like Bill Miller: http://executivesuite.blogs.nytimes.com/2008/09/08/bill-millers-really-bad-bet/.

Humbly, we begin by studying the problem of using high and PERPETUAL growth rates when valuing a business.  When g is = to r, the result is an absurdity.

** 52-Week T-Bill Yield – You can find the yield by going to the U.S. Treasury Direct website, selecting the most recent year under auction date > 52-week bills > PDF of the latest auction results.

Then articles discussing how investors fool themselves: The_Importance_of_Expectations_–_August_2012 and Bubbles and Growth

Growth what is it good for and ROIC

………….NEXT I will post Graham’s discussion on valuing growth stocks.

Just Show ME the Money

For those readers who lack the patience to study theory and who say, http://youtu.be/mBS0OWGUidc?t=37s There are other blogs for you to read: http://www.oldschoolvalue.com/blog/

One of my favorite blogs: www.greenbackd.com

Why an Economy Grows 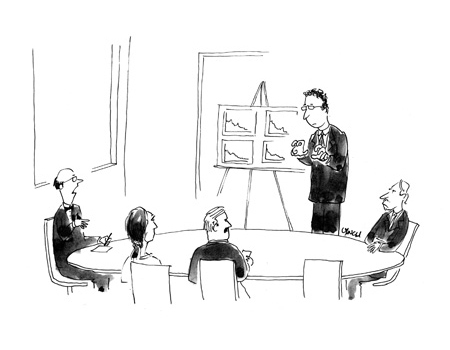 A reader, Arden, asked an intelligent question about how I value growth. Since I am on the road and will not post again until Tuesday, I wanted to post Prof. Greenwald’s Lecture Notes on valuing growth.

Have a happy Easter!

I intend to live forever – so far, so good–Steven Wright

Questions on the reading in Chapter 6

Let’s test our comprehension of the reading.

What competitive advantages does Microsoft enjoy in the operating system industry?

Why have “box makers” not been able to establish a competitive advantage over other competitors? Why was the enormous growth in the market for PCs such a problem for Compaq specifically? Did it have any alternatives that might have worked out better than its chosen strategy? Did Apple?

Getting rid of a delusion makes us wiser than getting hold of a truth. –Ludwig Borne

We can always learn in any situation like a family death about an industry such as funeral homes or the death-care industry.  Interestingly, bankruptcy statistics show the lowest failure rates for small businesses in the funeral industry. Funeral homes typically have high fixed costs like 24-hour call service and staff, hearses, showrooms, vaults, and embalming rooms yet low failure rates. Perhaps funeral homes act as local monopolies–they have local economies of scale. Many funeral homes are family-owned and passed from generation to generation. One of the firms I spoke to as been in business at that location for 80 years.

What should strike you as an investor is that there is strong stability in the asset and earnings power value of funeral homes–hence the business longevity and low failure rates.  I quickly found out the power of their local monopoly through my battle to obtain the lowest prices for a funeral service. After all, I am a bargain hunter to the core. What was so bad about going “Dutch” on my honeymoon?

I asked why the prices were so high to move the deceased. The funeral director asked where the deceased was currently located. In my car trunk right here in your parking lot, I replied.  I was quickly informed that one needed a license and death certificate to transport a body. Beyond fifty miles, I needed a refrigerated container. There went my chance to shop around.

I placed two case studies on the funeral industry:

The Loewen Group Inc. (Dec. 2000): An industry roll-up and the perils of debt to finance growth.

Service Corporation International (July 1996): How to manage a high growth company in a low-growth industry.

Though we will soon go over Chapter 6: The Dilemma of Growth in Competition Demystified by Bruce Greenwald, these cases can act as a supplement to studying economies of scale and corporate finance. I will send the key to the folder to anyone who has already asked for a key to strategic logic case studies. If you do not have a key by this evening or you are new to this blog, you can email me at aldridge56@aol.com with just FUNERAL HOMES in the subject heading, and you will receive a key.

Death is part of life. The goal is to live and learn fully. See the advice my Papa gave me:http://www.youtube.com/watch?v=AloNERbBXcc&feature=related